Renan Ferreira believes that he didn’t tap to Fabricio Werdum at PFL 3. Initially, the fight was scored as a TKO victory for Ferreira. However, the New Jersey State Athletic Control Board has overturned the ruling to a no contest, proving that the tap was present.

A controversial TKO victory spoiled the debut of Werdum in the PFL after Ferrieria won their fight. During the matchup, both men ran to the center to the cage and immediately began engaging in various attacks. As they continued, Werdum secured the takedown that would keep the remainder of the fight on the ground.

Werdum secured top position and began to work his submissions, eventually transitioning to a triangle from the bottom. However, Renan was able to fend him off and unleash a barrage of strikes. But, one of the controversial moments of the fight before the strikes was Werdum releasing the hold, stating that he felt a tap from Ferreira.

Before his finish against Fabricio Werdum, Renan Ferreira appeared to tap Werdum twice on the shoulder. #2021PFL3 pic.twitter.com/1M5ktz4xX4

The official scorecards scored the fight a TKO for Renan, and he made his claim to MMA Fighting that he never tapped from the submission, although it looked like it.

“In slow motion, it looks like I tapped. But when you play the video in normal speed, you cannot say that it was a tap. The referee was on top, on the side looking,” said Renan to the media.

“He said he loosened it, but he did not loosen it at any time. His triangle was not well fitted, it was on the tip of the foot. His foot was almost on his calf, he hadn’t fit the triangle very well, you know? He didn’t let go, he didn’t let go, and I kept striking, you can see that at no time do I stop striking.”

Upon further review of the fight, the athletic commission overturned the ruling of the battle to a no contest. Usually, commissions don’t work as fast as they did in this instance to overturn a result.

Very rare that an athletic commission overturns a result, let alone this quickly. Definitely a lot of work put in by Werdum’s manager @AliAbdelaziz00 with the NJSACB to get a resolution in this case four days later.

I want to thank the New Jersey Athletic Commission, Mr. Nick Lembo who worked all weekend on over turning Fabricio Werdum’s decision to a NO Contest from his last week at PFL. I also want to thank PFL for quickly providing all of the necessary evidence.

“I want to thank the New Jersey Athletic Commission, Mr. Nick Lembo who worked all weekend on overturning Fabricio Werdum’s decision to a NO Contest from his last week at PFL. I also want to thank PFL for quickly providing all of the necessary evidence,” said Werdum’s manager Ali.

As the decision develops, more details will be announced surrounding the nuance of the situation. Will Werdum be awarded any additional points in the PFL playoff-style format now that the ruling has changed? And, will any money be taken from the former victory of Ferreira? 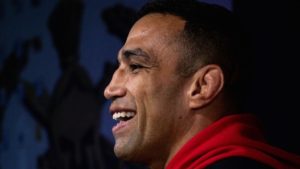 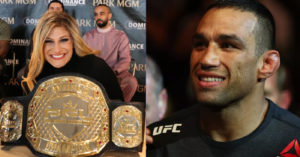 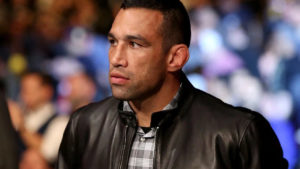 Fabrico Werdum Confident in Submitting Jon Jones if They Fought 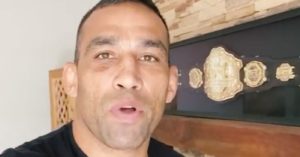 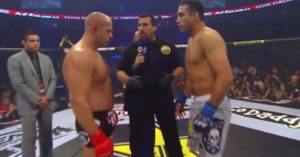