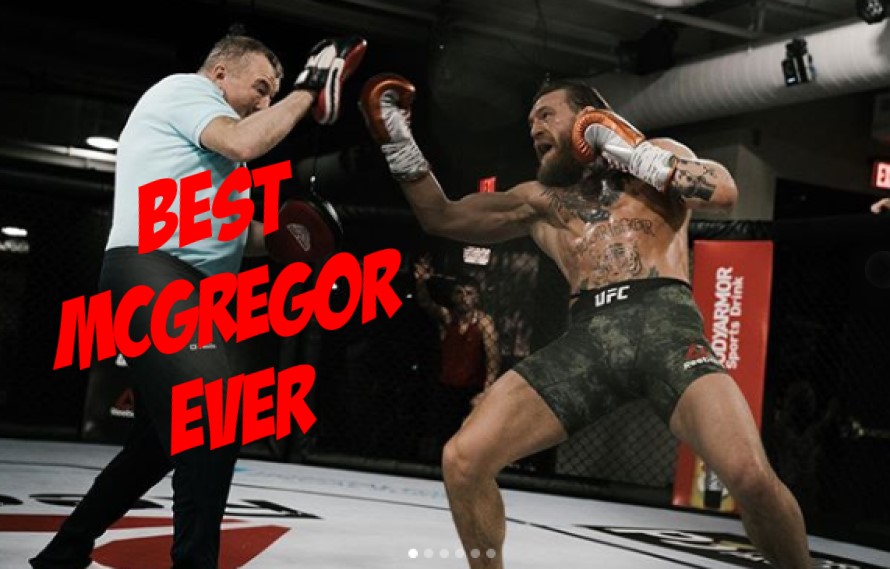 UFC 246 is just around the corner, so fans have been wondering what kind of Conor McGregor will show up. According to the UFC doctors, things are looking rather promising.

The buildup UFC 246 has been much quieter than the typical McGregor fight.The biggest talking points in the build to the fight have been surrounding Conor’s mindset for the fight. It is no secret that he has been rather distracted in recent years. Therefore, people are curious if the reports of his invigoration are true.

Ahead of the event, all signs point to the idea that McGregor is super focused. From pictures of him looking to be in great shape, to footage of him hitting pads, he looks solid. UFC President Dana White confirmed this as well, when speaking to TMZ. Here, he said that not only does Conor seem mentally sound, but physically strong, too.

“I’m hearing that (mcGregor is) in phenomenal shape right now,” White explained. “The UFC doctor is actually saying he thinks Conor is in the best shape he’s ever seen him in.”

“head seems to be in the right place,” White continued. “Ring rust is real, I believe in it. We’ll see how that goes. And I think that the level of disrespect shown to ‘Cowboy’ Cerrone by the media, a lot of the fans, and definitely the sports books in Las Vegas, is insanity.”

If what Dana White, and the UFC Doctor says is true, and Conor McGregor is in the best shape he has ever been in, it could be a bad night for Donald Cerrone. Nevertheless, you can never count out the man with the most finishes in UFC history.