Dana White reacts to the news of Diego Sanchez's retirement, and puts his coach Joshua Fabia on blast

Fans were wondering what Dana White had to say about the recent release of The Ultimate Fighter season one winner Diego Sanchez by the UFC. Now he has spoken out on the issue, and it is safe to say he is not happy with Diego’s coach, Joshua Fabia.

Over the years White has been quite sentimental when it comes to the cast of the first season of TUF. Sanchez is the last remaining fighter from that season that is still actively competing in the UFC, for better or for worse.

Well, at least that was the case until reports emerged that he was cut by the UFC after his bout with Donald Cerrone was canceled. MiddleEasy reported from sources that this departure was due to concerns about Diego’s “coach” Joshua Fabia, who has shown some concerning behavior since the start of working with Diego.

Given how much Dana White has tried to support Diego Sanchez’s career over the years, fans wondered what he had to say on the matter. As it turns out, the UFC President was not exactly complimentary.

Speaking in a recent interview, Dana had nothing negative to say about Diego himself. However when it comes to Fabia and his relationship with Sanchez, Dana did not mince words.

“I have an incredible, amazing relationship with Diego, and I like him very much, and I hope he is OK,” White said. “One of the sad things that happens, not just in fighting but in sports, and I want you to quote me on this, are these creepy weirdos who come from God knows where and leech onto fighters or athletes. They never do any good for them.

“Somehow, this creep got into Diego’s life and has been controlling him. You saw the video of him chasing guys in the octagon with a knife. How f*cking nuts is that? He goes to the commission and tells them that he’s taught Diego this death touch. It goes on and on with this guy. He goes into the (fighter-broadcaster) production meeting and tells the commentators what they should be saying? The guy is batsh*t nuts. He worked his way into Diego’s life and has gotten control over him. I just want the best for Diego.” 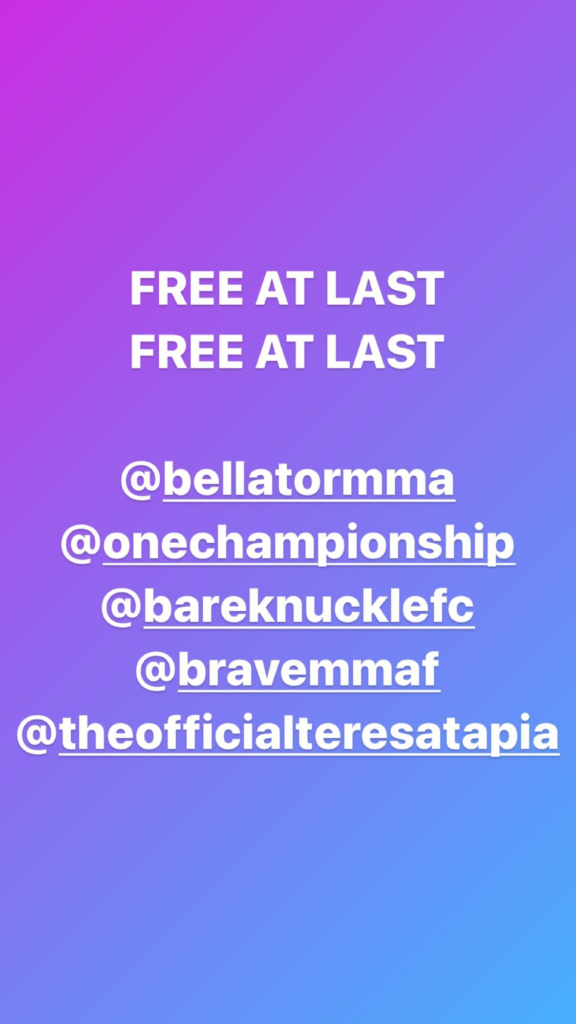 Obviously it is sad that things ended like this for the UFC career of Diego Sanchez. Like Dana White, it is safe to say that most fans want what is best for the aging veteran, without him being taken advantage of.