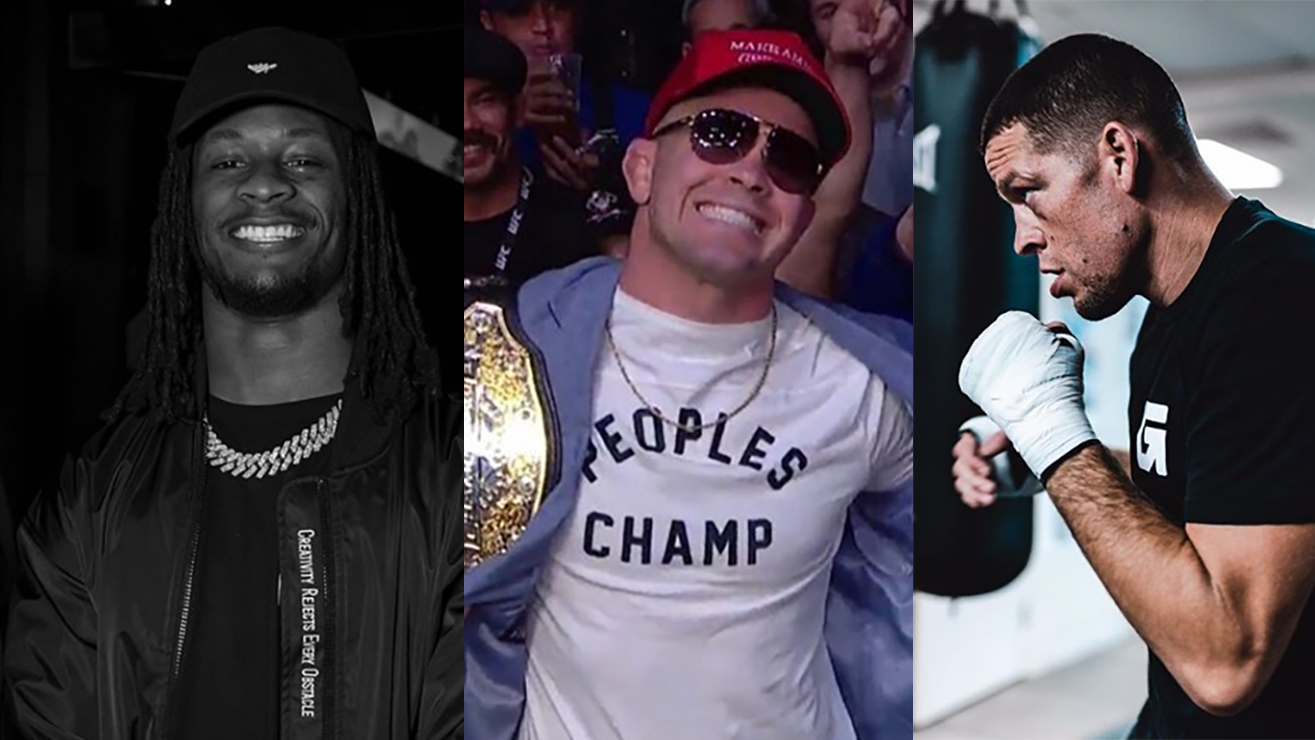 Colby Covington was slated to meet Tyron Woodley in a title fight at UFC 235, but the promotion favored Kamaru Usman and played Covington out. But Colby found his own way to get media attention!

The California native later took part in an incident with “The Nigerian Nightmare” and his manager Ali Abdelaziz! Colby Covington even stated Abdelaziz threatened to shoot him!

Oh, but that’s not all! Colby Covington says NFL star player Todd Gurley and “his crew” heckled him! Read the details below. (h/t MMAMania)

“There are so many people that want my head. At the fight we had Todd Gurley and his crew fucking heckling me, talking shit like, ‘Fuck you Colby, fuck Donald Trump, you are going to get your ass kicked in your next fight,’” he said.

“I was sitting front row with my security guards and four seats down there was my security and a bunch of fans were screaming. ‘That’s Todd Gurley and his crew.’ So they were heckling me, saying things and talking shit like ‘We are going to fuck you up Colby.’ That’s why they brought 10 cops right out in front of me outside the cage to make sure nothing went down in the crowd.”

Colby Covington even had a minor incident with “bottom feeder” Nate Diaz!

“Our skill level is way apart from each other. He’s a bottom feeder,” said Colby regarding Nate’s skill set. “It was funny because he walked by me and he said, ‘Fuck you Colby.’ And he flipped me off when I was sitting front row and he walked by cageside. It’s just funny. Keep that energy Nate. If you’re so tough, let’s see it inside the cage, bitch.”

It seems Colby Covington is one hell of a popular guy. Dana White promised Colby would be the next in line for a title match against Kamaru Usman. Until then, Covington should think of hiring extra security, as many people want his head badly.