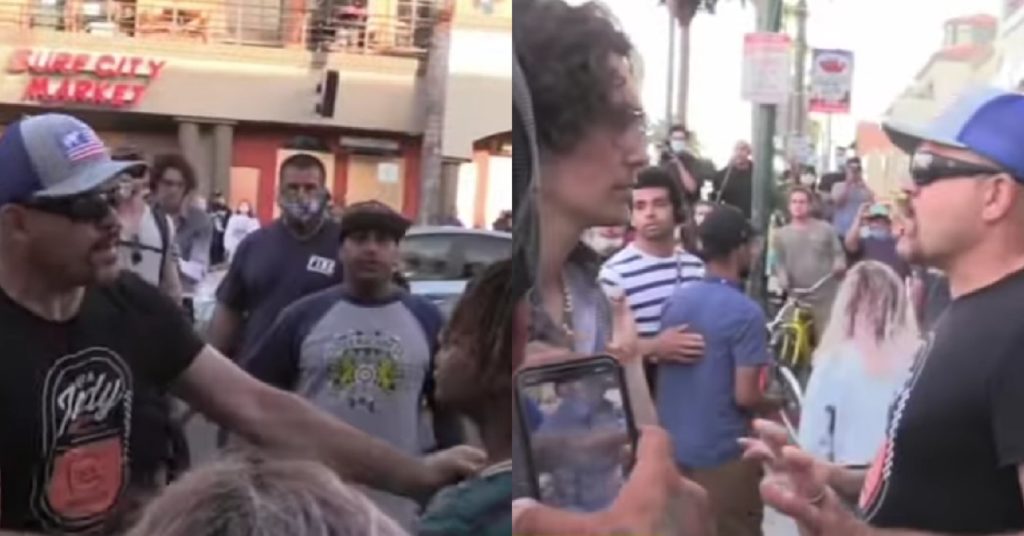 Traditionally, Huntington Beach, California is thought to be Tito Ortiz territory. However his longtime rival Chuck Liddell was recently seen in the area, working to ease tensions between people who had gathered for a rally.

Things are unbelievably challenging in this world right now, as riots and protests are taking place throughout the country. The apparent wrongful death of George Floyd by police in Minneapolis left the Black Lives Matter movement, and many others fired up, and calling for justice. As such, the nation is a bit divided, to put it mildly, with different views from those involved.

This type of unrest is, of course, going to spark some altercations between people at these rallies. This is where UFC Hall of Famer Chuck Liddell felt that he could be of assistance. A local news clip has surfaced showing the 50-year old doing his best to diffuse situations and break up fights between protesters in Huntington Beach, California.

“It’s good to see people defending their city, and It’s just terrible,” Liddell told reporters. “Violence begets violence. Violence doesn’t help anybody. We all know what happened (to George Floyd) was wrong. Everyone i know thinks it was wrong. It’s hard to watch. But this does not help. Destroying cities, destroying people, hurting people does not do any good for anybody. Protest all you want, but just do it peacefully.”

In the video, you can clearly see Chuck Liddell speaking with citizens, and trying to keep the peace. This is a slightly different approach than what we saw Jon Jones doing recently, in Albuquerque. Regardless, it is nice to see people in the MMA community involved in this messy situation, and doing what they can to help.

Roxanne Modafferi Is 'Not A Fan' Of Jon Jones, Does Not Consider Him GOAT (EXCLUSIVE)
Read Next Post →
Click here to cancel reply.