Chris Weidman ‘Not Ready To Retire’ After UFC Boston TKO 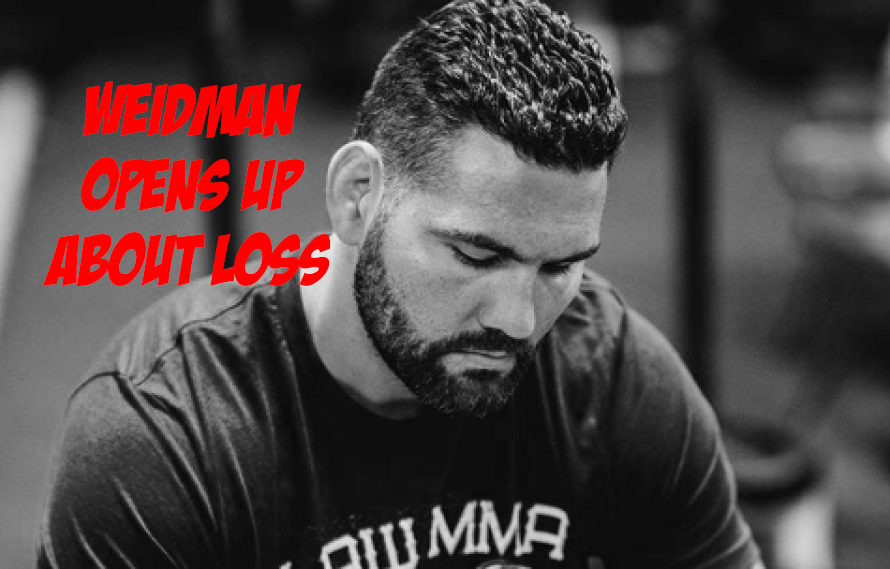 Chris Weidman lost in his light heavyweight debut, at UFC Boston. Nevertheless, he assures us that he is not ready for retirement.

Weidman has lost five of his last six bouts. This tough run prompted the former middleweight champ to make the jump to 205lb. However his debut would not go as planned, losing quickly to undefeated prospect Dominick Reyes, via TKO.

Following this defeat, there was some concern over the future of Chris Weidman. Of his five defeats, every single one has come either by KO or TKO. As a result, some were calling for him to hang it up, and retire.

Nonetheless, Weidman says he is not ready to retire just yet. In an Instagram post, he reflects on his defeat, and explains what is next for him.

This was his lengthy message:

“I just want to let everyone know I’m all good just obviously bummed with the result. Knew Dom was a tough fight and he proved to be more than that with a beautiful timed left hand that put me down in the first. I jumped in with a right hand and the range was off and he capitalized. Sucks for me. As for what is next for me… I’m hearing a lot of “you should retire comments” and I get where you are coming from based on the results of my recent fights. It’s crazy because with a win over Reyes the chances of me fighting for the world championship were very strong. Now to be getting hit with the retirement talk is really a big swing for me to get used to hearing.

I will tell you that I am def not ready to retire. I still love this and am very hungry to get back in there. Believe I have the abilities to still be world champion. I know some of you are shaking your head and laughing at me when I say that .. well screw you and thanks for the motivation. This fight I was coming off a year lay-off, 2 major surgeries, and a weight class change. Way too much time out of the gym and I feel like that did play a role in this fight. The fact that I’m healthy right now and can get back in the gym is territory that I’m not used too.

I will be back soon and I will look good doing it. Thank you everyone for your support and I’m sorry to let you down. This extreme low in my career will be part of my story and I will finish on top.”

Whether or not he decides to retire, it is clear that Chris Weidman needs to take a different approach. He is a very intelligent guy, and it would be a shame to see him risk that for the sake of sport.