Pettis, the master of fighting from the bottom, intentionally pulled guard early on but Masvidal was unable to finish him. Anthony’s full guard was simply a too difficult obstacle for the man who turned the lights out on Darren Till.

Then Pettis grabbed rival’s right leg, and he had the chance to stand up and go for the single-leg takedown. Yet, Pettis changed his mind and returned on his back.

Jorge tried to grab his right leg, but Anthony Pettis rolled down the canvas and escaped, grabbing the opponent’s right leg with both arms and pushing his chest forward.

Jorge kneeled towards the opponent, passed to his left side, and continued moving until he reached north-south position. It was an excellent opportunity for D’Arce or anaconda choke, but Pettis swiftly turtled and rolled on his back.

Ready for Saturdays showdown? Masvidal vs Pettis. Download #RYouLive to watch it on PPV. pic.twitter.com/HUE2aD07R6

Overall, the bout was entertaining, there was a lot of action. Anthony Pettis even attempted a flying guillotine and leg lock few times, and remained dynamic throughout the combat.

“Gamebred” kept himself safe in the first place, and attacked the opponent’s neck and arms from time to time. He spent more time in the top position and on the foe’s back, but Pettis’ submission defense was just world-class.

Check this video to enjoy Pettis Vs Masvidal BJJ match.

There was no winner in the end, but the draw is not a surprise. After all, Anthony Pettis and Jorge Masvidal are both well-rounded in submission defense.

In an interview with BJPenn, Jorge Masvidal opened up about the way the bout against “Showtime” came together for a good cause. (h/t MMAMania.com)

”I’ve been wanting to grapple for a while and I really haven’t told too many people about it,” Masvidal said. “And my manager’s trying to ding me and he’s like, ‘Hey, this charity reached out to me. They’re putting together an event, you know’. First he told me what it’s going to support, and that’s to get kids from troubled areas, not such great areas, that can’t afford the gym, they put them in the gym, they buy the membership. They just give them something to do.”

All the battles were clean, there was no chest shoves or other dirty moves.

What are your thoughts on the event? Do you think Yoel Romero, Jorge Masvidal, and Anthony Pettis did a great job last night? 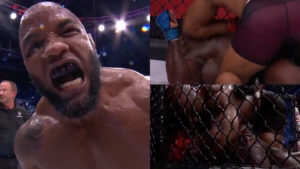 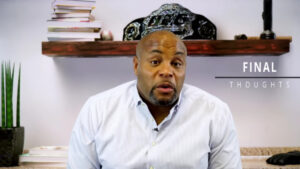