Andre Fili and Daniel Pineda fight to a No Contest, as Pineda is unable to pass the ring doctor's eye exam after the eye poke.

Fili (21-8-0) comes into the fight attempting to bounce back from a tough decision loss against Bryce Mitchell at UFC Vegas 12. Pineda (27-14-0,2 NC) is also trying to rebound after suffering a KO/TKO to Cub Swanson at UFC 256.

Pineda starts the fight with a great overhand right, but Fili walks him down. They get into the clinch early, with Pineda pressing Fili on the cage. Fili breaks free, and they go back to the center. Fili rocks Pineda with a hard right, but Pineda recovers. Pineda then shoots in and clinches Fili to the fence. Fili breaks free, and Pineda takes the middle of the octagon. Pineda then throws a leg kick, but Fili seems unfazed.

Fili hits Pineda with two massive head kicks in a combo that started with a head kick, including a couple of jabs and ended with another head kick. Pineda dropped. Fili swarmed, but Pineda was able to recover. Fili then hits Pineda with a body kick and drops Pineda again. Fili mounts, but Pineda is able to close guard and survive the round.

Fili comes out with a couple of jabs to start the round. Switching to the southpaw stance, Fili lands a liver kick, but Pineda continues to fight. Fili inadvertently pokes Fili in the left eye, pausing the action. Already cut above the eye, Pineda is unable to pass the doctor’s eye test.

Referee Herb Dean stops the fight, as Pineda is not able to continue.

Official result: Fight is ruled No Contest Due to an Accidental Eye Poke at 0:46  of the 2nd Round

Fili gets a touch early on! 💢 #UFCVegas30 pic.twitter.com/kdiZVTcr03

Andre Fili flowing in the first! 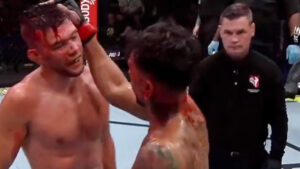 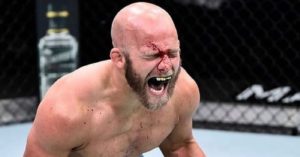 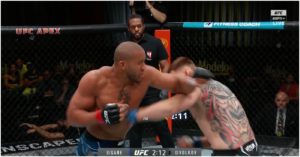 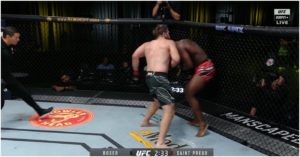 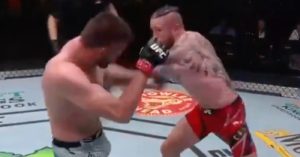 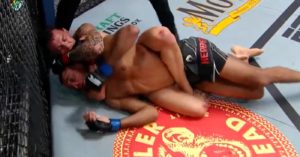