Mike Tyson seems relaxed ahead of his return to the boxing ring against Roy Jones Jr. Tyson taunts Jones by eating a cake shaped like his head. 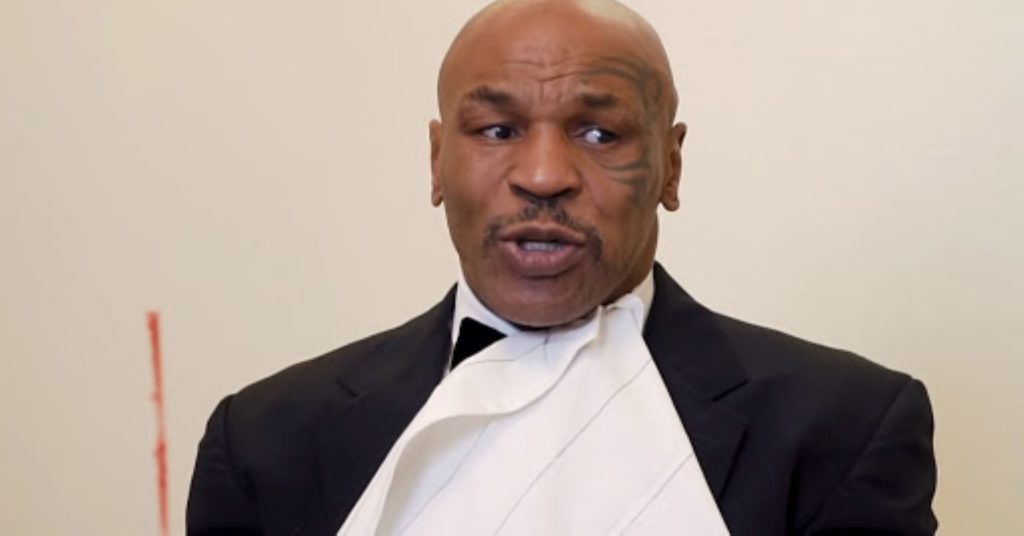 Two of the most legendary fighters in boxing history will get back into the ring tonight and face each other for the first time. Former heavyweight champion and knockout artist Mike Tyson (54) will face off against the former middleweight champion Roy Jones Jr (51). Both men have agreed to an 8 rounds exhibition bout.

No headgear will be required but any cut will mean the end of the fight for both fighters. There won’t be any judges either as the purpose of this fight is to provide some entertainment and not declare a winner. Both fighters are rumored to earn a significant amount of money from this fight, with Tyson expected to have a $10 million purse. Both fighters weighed in last night, Tyson was at 220.4lbs while Jones jr weighed in at 210lbs. While there is no apparent beef between the two fighters, they both remain ultra competitors and will surely do anything to perform tonight.

A comeback to the ring after decades of retirement might be a lot of pressure for some, but apparently not for Mike Tyson. Tyson recently posted a video on his YouTube channel of him and his family eating a cake shaped like Jones jr’s head. Tyson called dibs on the ear and added that:

“it tastes so much better than Evander’s” (Holyfield).

Tyson was making a reference to his fight against Evander Holyfield in which Tyson bit part of Holyfield’s ear off and was disqualified. The two men had a fierce rivalry back in their fighting days but seem to be friendlier now that their careers are over.

Tyson seems in high spirits ahead of his long-awaited comeback to the ring. Many see him as the clear favorite in this bout and think that Iron Mike might even bless us with another knockout.