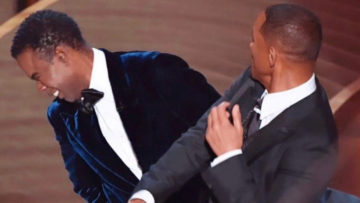 Will Smith came up to the stage to hit Chris Rock in the face after a joke about his wife The Hollywood superstar apologized after the incident Dana White, Jon Jones, Francis Ngannou and more react Hollywood fans were shocked with what just happened at the Oscars ceremony after renowned movie star Will Smith smacked 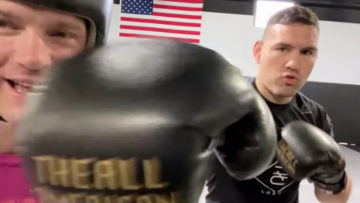 Chris Weidman shows off his healthy condition in recent training session with Stephen Thompson  The former UFC champion is eyeing a 2022 return A gruesome leg injury at UFC 261 saw Chris Weidman’s road to redemption in the UFC middleweight division cut short. After a year of being sidelined, the 37-year-old could finally be nearing 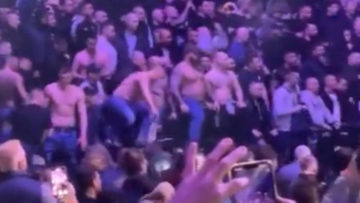 (Video) Fans Go On Full-On Rampage At GLORY 80, Leads To Event Being Canceled

‘Wild’ would be an understatement for what went down at GLORY 80 this weekend.  The Uproar The kickboxing event was held in Hasselt, Belgium on Saturday night. Fans would get into a frenzy following the co-main event result. Dutch kickboxing icon, Badr Hari would be dropped by a flying knee in round 2 of his 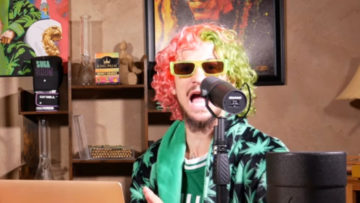 (Video) Sean O’Malley Learns How To Say ‘Illegal Knee’ In Russian, So He Can Corner Petr Yan

Sean O’Malley is more than down to corner Petr Yan Could Khabib join the team? ‘Suga’ is learning a keyword in Russian to ‘help’ Yan Aljamain Sterling is willing to fight Yan without his cornermen as well Petr Yan is likely to come in at UFC 273 without his team after his entire cornermen was 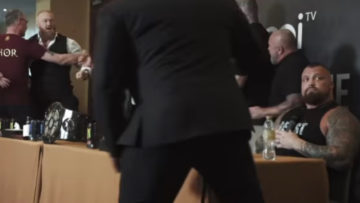 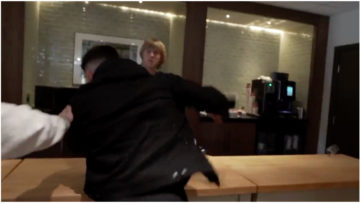 Paddy Pimblett and Ilia Topuria finally came into contact, and it wasn’t good. The beginning of a feud After a year of trash talk on social media, the rivals finally crossed paths. It all started when “The Baddy” made a nasty comment about the country Georgia on Twitter. Naturally, Topuria did not take kindly to 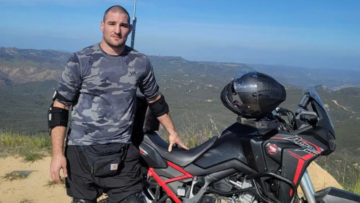 (Video) Sean Strickland Gets Into ‘Road Rage’ Incident With A ‘Karen’

It’s not the best idea to get on Sean Strickland’s bad side, especially on the road.  Strickland’s Run-In With A Woman That’s what one woman would learn on Sunday when her car nearly hit Sean Strickland and ‘tailgated’ his friend’s motorcycle. If you know the UFC Middleweight, you know he wouldn’t let this slide without 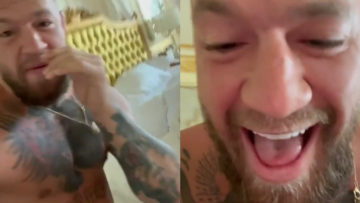 Jake Paul finally drew a response from Conor McGregor… a very short one at that, but a response nevertheless.  The influencer-turned-boxer has been calling out McGregor for quite some time now. Even when he was still fighting YouTubers and NBA stars, Paul had the UFC superstar on his mind. It doesn’t look that fight is 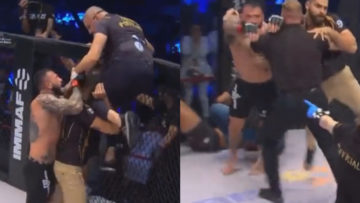 Forget the aftermath of UFC 229, there’s another post-fight brawl that’s going viral.  ‘The First Fight’ The co-main event of BRAVE CF 57 would feature not just one, but two fights. Mohammad Fakhreddine would meet Mohamed Said Maalem for the light heavyweight championship. Fakhreddine would KO Maalem in round 2. What followed the result, would be much 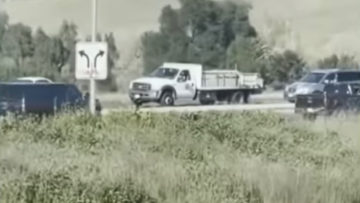 Cain Velasquez was caught up in a high-speed chase and some of it was caught on camera.  The former UFC Heavyweight Champion would hunt down Harry Goularte on Tuesday. Goularte, 43, was charged with molesting Velasquez’s 13 year-old daughter last week. Following an arraignment, he’d be released on Friday. However, Velasquez wasn’t going to let 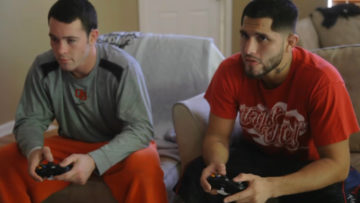 Some friendships don’t last forever. That would be the case for Jorge Masvidal and Colby Covington. Former Friends To Bitter Rivals What used to be an amazing bond has now turned into a heated rivalry between the two. The grudge match between former roommates and teammates is set to take place in the main event 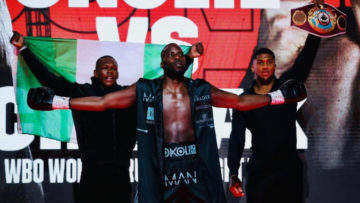 Israel Adesanya is known for his epic walk-outs. He’d continue the trend across the pond last weekend. The Walkout Weeks after he defended his title against Robert Whittaker, the UFC Middleweight Champion would attend a boxing event in at the 02 Arena in London. It was no ordinary appearance for Adesanya however. While he wasn’t 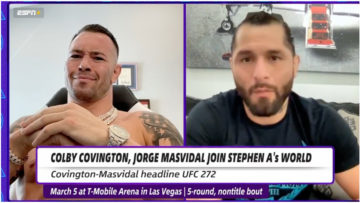 Jorge Masvidal revealed how the bad blood with Colby Covington started. Eight days. Eight more days until Masvidal and Covington throw down in the main event of UFC 272. Until that happens, we will be inundated with trash talk and stories from the former best friends and teammates. And that is totally fine because it 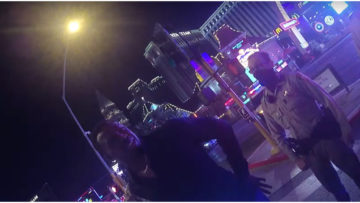 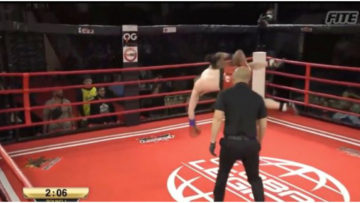 You know when an MMA fan comically says that a boxer should shoot for a double leg and takedown during a boxing match? Well, that happened. On Friday at Global Legion FC 20 in Rock Hill, South Carolina, pro boxer Daniel Baiz (14-3-1) fought Ermal Hadribeaj when he shot for a takedown. The takedown was 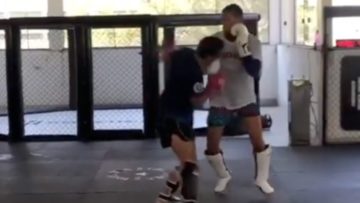 Charles Oliveira is certainly preparing for Justin Gaethje. The Lead-Up Oliveira is coming off an impressive come-from-behind victory over Dustin Poirier at UFC 269 in December to earn his first lightweight title defense. His next defense is set to be against Gaethje as the pair are set to headline the upcoming UFC 274 pay-per-view event