CM Punk Praises Paul Brothers For Entertainment Value: ‘I Know What It Takes’

Jake Paul and Logan Paul have taken the combat sports world by storm after crossing over from YouTube and enjoying success.

As far as the Paul brothers are concerned, CM Punk has nothing negative to say.

The YouTuber-turned-boxer siblings have taken over the combat sports world by storm by venturing into the boxing world. Jake Paul, in particular, is now 5-0 and is coming off an emphatic sixth-round knockout win over former UFC welterweight champion Tyron Woodley.

His next opponent could potentially be former boxing middleweight champion Julio Cesar Chavez Jr., but he has many other options including Tommy Fury and a list of former or current UFC fighters.

Logan Paul, meanwhile, isn’t doing too bad for himself either. Although he is yet to hold a win in amateur or professional boxing, he went the full eight rounds with Floyd Mayweather in their exhibition match earlier this year.

Although there was a massive size and reach disadvantage, many expected the elder Paul to get knocked out by Mayweather late on. Of course, that didn’t happen and Paul had a good showing overall as his fight with “Money” was eventually declared a draw.

CM Punk: Pauls Putting Themselves On The Line

Of course, Punk knows a thing or two about crossing over to a new domain as he had two fights in the UFC.

Although the current AEW star didn’t come out on top, he certainly garnered attention which was highlighted by the fact that he was on the main card of two pay-per-view events.

And given his experience, he can only praise the Pauls for commanding attention and putting themselves out there.

“I think everything’s entertainment,” Paul said in a recent ESPN interview. “I think some people conflate being a fighter with being an entertainer, but when it makes dollars, it makes sense. And what the Paul brothers are doing, I think is for the lack of a better term, it’s old school pro wrestling, right?

“This is stuff — you could say they’re crossing over, but there’s so many similarities between the two businesses. They command attention. People want to see them get knocked out, they know this, but they’re putting themselves out there. They’re putting themselves on the line. I’ll never criticize in a negative way or fashion anybody who makes the walk, anybody who trains their ass off. Because I did it and I know what it takes. And you put yourself out there, you put yourself on the line.

“A lot of the times, a lot of the sacrifice goes unnoticed. But it’s what it is. When [Floyd] Mayweather crossed over and did a match at WrestleMania, I’m sure we’re eventually going to see [Conor] McGregor come over, [Ronda] Rousey was excellent when she came over. The bottom line is making money. If you’re making money, you’re technically not really doing anything wrong.”

Love them or hate them, the Pauls are certainly doing well for themselves. 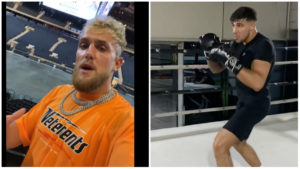 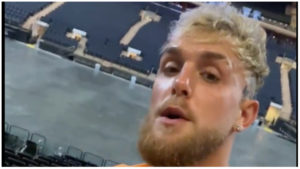 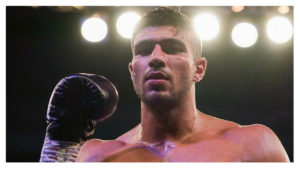