Australian bodybuilding sensation Calum von Moger is inching closer to getting back to normal. In a recent Instagram post, von Moger announced his comeback in 2023 after taking some time off last year.

Calum von Moger first gained attention for his jacked physique when he portrayed legendary bodybuilder and seven-time Mr. Olympia winner Arnold Schwarzenegger in the 2018 film Bigger. The project turned out to be a turning point for von Moger as many started to consider him Schwarzenegger’s successor.

In 2020, von Moger found out that he had an unexpected child. He learned of the news while injured and got into a custody battle that added more stress to his life.

Last year proved to be one of the most challenging years of von Moger’s life. He seemed to have lost his way as things kept piling on in his surroundings. First, he got caught in possession of illegal substances when a cop stopped him for driving an unregistered vehicle in January. Then, he allegedly got kicked out of the house he lived in by his parents and was forced to find a new place. He was using methamphetamine at his new place when he reportedly jumped through the window of the second-story building. He ended up damaging his spine, suffering cuts from the broken glass, and was taken to the ICU.

Following his release from the hospital, von Moger came clean about the January incident and pleaded guilty to possession of illegal substances including testosterone, needles, cannabis oil, prescription drugs, viagra, and white crystal powder. Von Moger later checked into a rehab facility in June to take some much-needed time off from social media and daily life. He stayed quiet for a month before firing shots at the fake people around him. Besides that, he remained largely on the sidelines in recovery for the rest of the year.

In a recent Instagram post, Calum von Moger announced his highly-anticipated return to the fitness space after taking time off last year.

““Hey guys, I just wanted to finally check in with you here to say that I’m doing so much better. I know it’s been a long time since I’ve been online,” he said. “For those who don’t know, early this year, I was in a bad accident and I really hurt myself. So I had to take some time off to heal and recover, and also I was going through a lot at the time. I apologize for my absence but I’m doing so much better now. I got all the help that I needed. I’m finally back here in California, which is great and I’m looking forward to now, getting back into a fitness routine, training back in the gym. I’ve been tightening up my diet these last few weeks, which has been tricky since I’ve had such a nice break.”

“I want to just leave 2022 in the past. It was a very tough year for me and maybe for you too. I’m not sure. We can talk about that later. That’s another point. I do want to talk about what I been through the past year again at some point, probably in a podcast or YouTube and just be open and real with you guys so you can see where I’ve been and what I’ve been through and how I got through it. On that note, I’m excited for next year, it’s just around the corner… I’m really excited to be here again. I’ve got some great new opportunities on the horizons. Some new companies that I’ll be working with in the new year, which is great so I’m looking forward to it. Happy New Year to you all. I hope you all stay safe.”

“This past year has been an extremely hard one for me,” Calum von Moger wrote. “I’d been battling depression and anxiety for some time and found myself in a rough patch earlier this year. However I just wanted to let you know that doing much better now after taking some much needed time off to focus on healing myself.

“It’s heartwarming to know so many of you have been checking in, it means a lot. Thank you guys from the bottom of my heart for all your concerns and prayers. I’m ready to return here in 2023. See you soon!”

Most recently, Calum von Moger got involved in a road rage incident where he rear-ended a man and stabbed his tires. He managed to avoid a criminal conviction and settled the case with a $2,500 fine. Based on the latest update, let’s hope von Moger took the time he needed to recover and is ready to return. 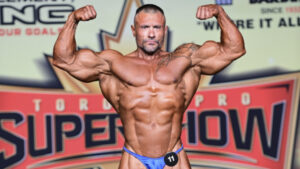 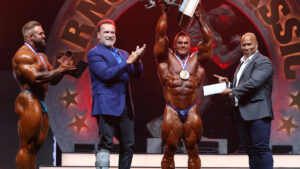 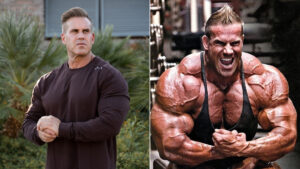 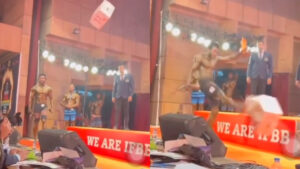 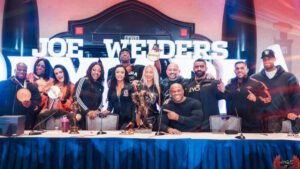