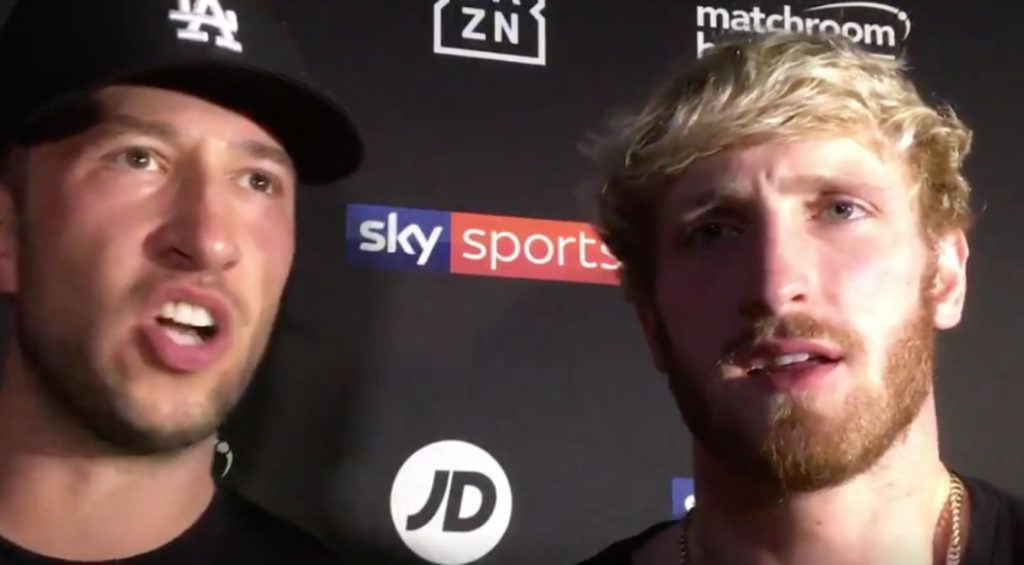 Paul Open To Competing In MMA For Bellator

YouTube personality Logan Paul may be stepping into the world of mixed martial arts next.

After making his professional boxing debut in a split-decision loss to fellow YouTuber KSI back in November, there has been talk of Paul competing in MMA next. After all, he has a background in wrestling from his college days and he would certainly bring in a lot of eyes.

Given that his boxing debut was broadcast on DAZN, it would only make sense for him to compete in Bellator which is also broadcast on the same streaming service. Paul agrees and while he didn’t want to name any potential opponents, he did ask Bellator president Scott Coker to set a meeting up.

“We love you, Scott. Let’s set that meeting up, Scott,” Paul told reporters earlier this week before talking about a potential fight with YouTuber JMX. “If the bag is right and it’s worth it for me … I’m going to put it real bluntly for you, DAZN. I need a fat f*cking check, like multi, multi, multi millions.

“Or if there’s an opponent equally or better than JMX and whose clout makes sense and he can bring in just as many viewers as myself, then yeah, I’ll be excited about that too.”

Coker has since responded to Paul.

“If you’re in Miami for @SuperBowl , let me know. #SBLIV @LoganPaul”

If you’re in Miami for @SuperBowl, let me know. #SBLIV @LoganPaul https://t.co/xjUUtRfwcu

There are a number of potential opponents for Paul should he compete in Bellator. But one who has been regularly campaigning for a fight with “The Maverick” is Dillon Danis.

Maybe that is the fight we could see Paul make his MMA debut in?

(Video) Khabib Used to Headbutt Opponents HARD, and It was Legal
Read Next Post →
Click here to cancel reply.