Anybody who watches basketball knows what time it is when dealing with a 15 year NBA veteran in J.R Smith. On the court, JR is known for his high flying ability, streaky 3 point shooting, and solid defense. But, off the course, JR is all offense with his hands as well. Recently, rioters from a George Floyd protest tried to break into the NBA star’s vehicle. But, Smith is from Jersey. And from his parts, they don’t play around. A video surfaced of Smith easily taking care of the problem by beating up the man himself. No need for security.

The death of George Floyd at the hands of Minneapolis police has commenced countrywide protests. In some cities, the protests have remained peaceful. However, other places are more fed up with the injustices towards minorities when it comes to the police. As a result, riots and looting have occurred.

In one of the protests in the Los Angeles area, J.R. Smith’s truck was destroyed. But, the vehicle wasn’t the only object to take an “L” that day. So was the rioter who decided to smash the car. And, the damage was done by JR Smith himself. Of course, it was all caught on video, like everything else in this internet era.

After watching the video, fans will probably think twice before messing with a rich person’s valuables. Especially one with a background like JR’s. Even in the NBA, JR Smith has been known for his toughness on the court.

A Lesson in Street MMA

In this video, it was on full display. Hands and feet. Smith starts off with several soccer kicks to the rioters’ head. After about 3 Pride FC style kicks, JR switches to a right hook. The shot made his opponent’s head bounce off the car window.

After that, the rioter decided to run for the hills. Perhaps they didn’t know whose car they were trying to break into. But one thing is for sure, JR Smith isn’t just dunking on fools when he’s on the hardwood. It’s also going down if you mess with him or his belongings in the streets. 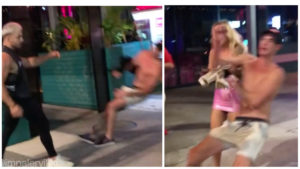 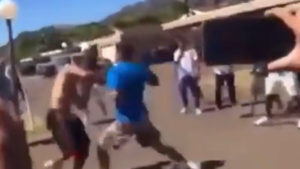 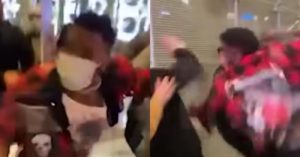 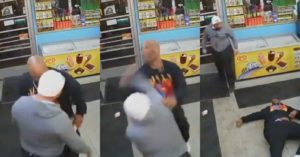 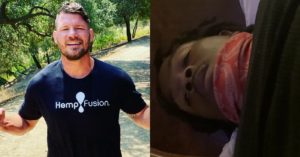 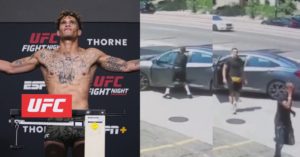