Groenhart went on to lose shortly afterwards with a second-round knockout at the hands of Cedric Doumbe. 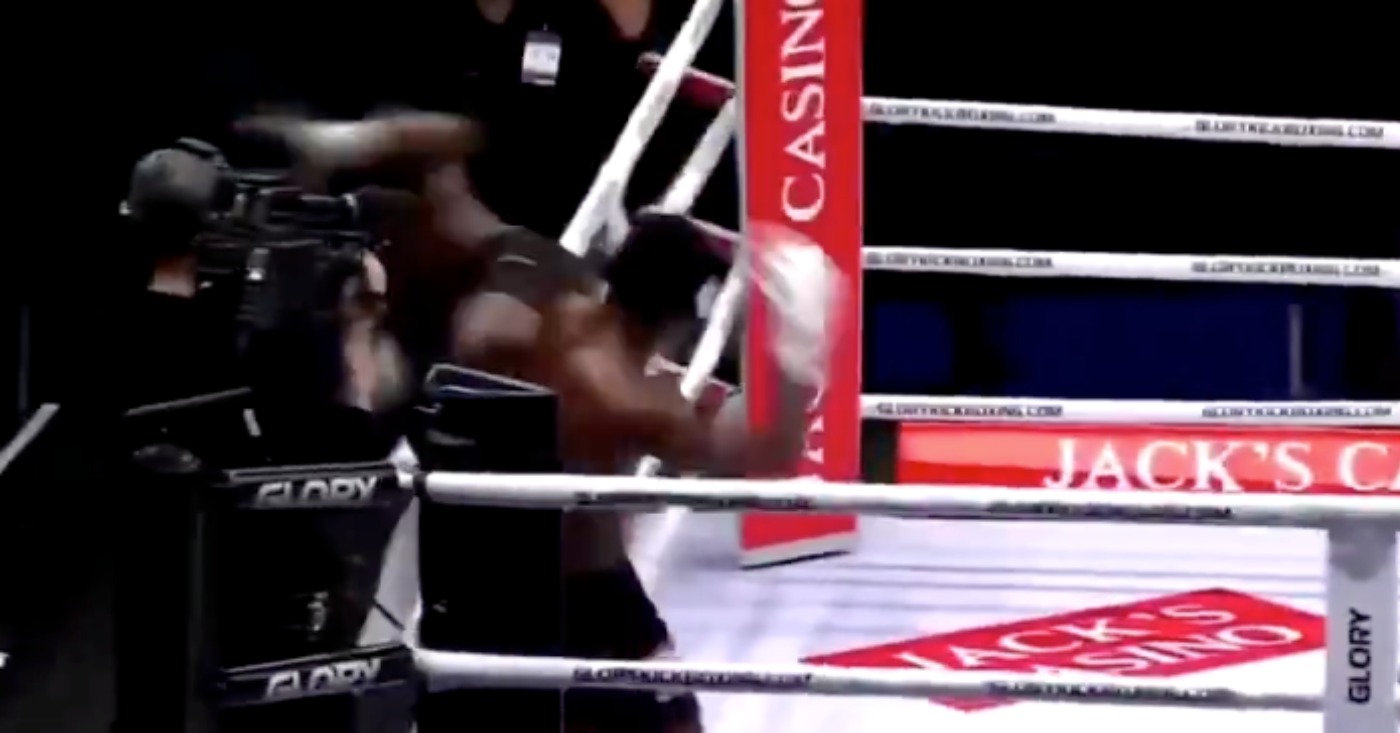 Murthel Groenhart didn’t have the best of nights.

With just a minute remaining in the second round, the Dutchman attempted a flying knee which was evaded by Doumbe. The result was Groenhart launching himself out of the ring and landing awkwardly on his back.

Although there were was a scare that he may be injured and wouldn’t be able to continue, Groenhart did just that — only to soon find himself on the receiving end of a knockout from Doumbe.

You can watch both of those incidents below:

Before that: Groenhart took flight pic.twitter.com/k5lgM29esM

As a result, Doumbe not only defended his title, but his pre-fight prediction of a second-round knockout also came to fruition.

Much like Conor McGregor did in his early UFC days with his “Mystic Mac” predictions, Doumbe paid tribute to the Irishman in his post-fight interview by claiming he talked but backed his words up at the same time.