How To Live Stream UFC On ESPN 5

UFC will stage the UFC On ESPN 5 ‘Covington vs. Lawler’ MMA event tonight (Sat., Aug. 3, 2019) from inside the Prudential Center in Newark, NJ.

American Top Team (ATT), Colby Covington has a chance to punch his ticket to a title fight against division’s champ Kamaru Usman and, moreover take out a man who turned his back on the camp. The beef between the duo is real. ‘Chaos’ also said he wants to leave Robbie in a pool of his own blood. ‘Ruthless’ on the opposite side didn’t spit any trash talk and remained cool-headed.

Covington is currently riding on a six-fight winning streak in a row including wins over the likes of Rafael dos Anjos and Demian Maia. Lawler no doubt is one of his most difficult tests to date.

Meanwhile, in the co-main event, Jim Miller will take on long-time veteran, Clay Guida, in a lightweight showdown.

The fight card is sure lackluster beside the headliner bout and co-main event.

Check out below UFC On ESPN 5 fight card and results: 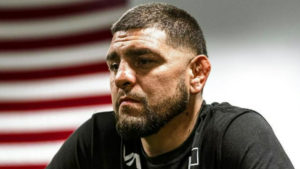 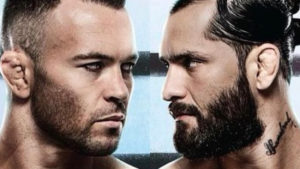