Video: Jorge Masvidal gets asked a very bad question, has no idea how to answer it 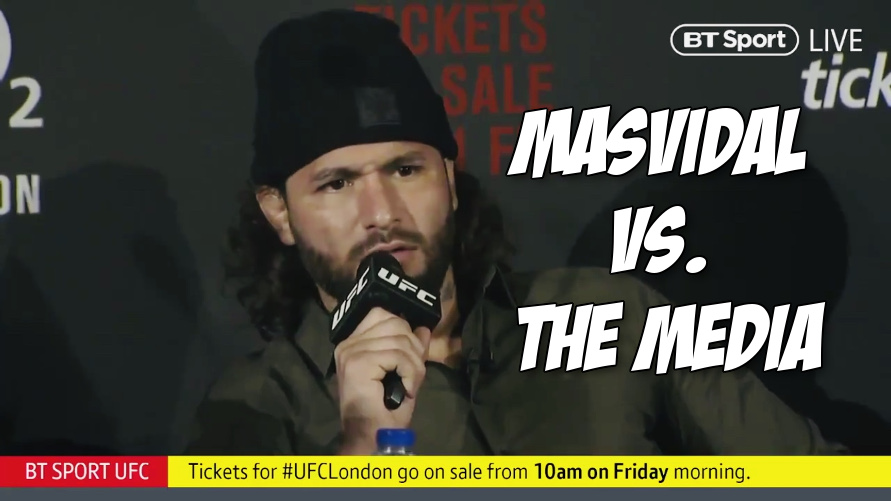 The only correct response Jorge Masvidal could have gave in this awkward situation is “are you high right now, bro?” It’s the only way to react to one of the weirdest, dumbest questions we have ever heard at an UFC press event.

Look we all have bad days. Nobody is perfect…..but seriously what the hell were you trying to say here? You do know that Gamebred used to fight people in the humid backyards of Miami, right?

You do remember he starred in one of MMA’s best miniseries of all-time? Go Google Miami Hustle and then come back to this press conference ASAP.

We’d say step your game up MMA media, but this is too funny for us not watch again and again. Keep doing you are MMA UK media dudes. Ask Masvidal whatever you were trying to ask him and let the chips fall where they may.

Let’s also pause for a brief moment to pay respects to whatever physical transformation Gamebred is going through right now. Miami Hustle to Miami Vice in 2019.

Not to blow up his spot, but Jorge has to be working deep cover for somebody. We don’t know which side Masvidal is on, but we want to be on that side.

Jorge Masvidal is all of us, trying to save some streaming data, hunting down those wifi passwords like a god damn hound dog. Bless up Jorge, and let us know when you find that password out.