UFC Rewind 2020: Look Back On The Year In The Octagon (VIDEO)

After the wild year that was 2020, you can reflect on the action from the UFC, through a rewind video produced by Teep 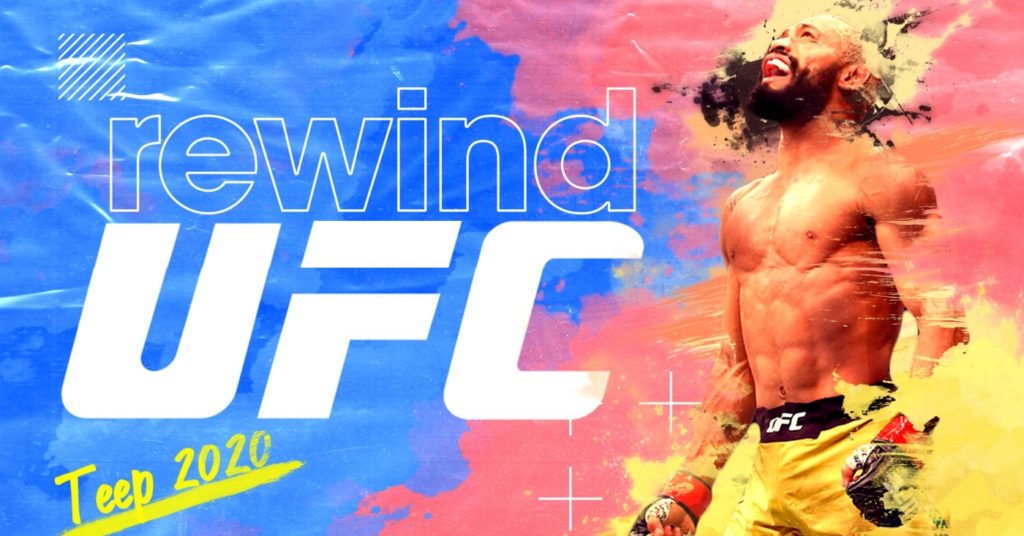 It has been an insane year to say the least, both in the UFC and the wider world. That being said, you can now look back on all the action that took place inside the Octagon over the last twelve months, with a super cool video package put together by the legendary Teep.

No matter how things went for you personally, there is no denying the fact that 2020 has been a year to remember. Not only has there been the improbable amount of sheer catastrophes and disasters that have wrecked the larger world, but there was a point where every sport was at a standstill. That being said, UFC fans had it better than most, as the premier MMA promotion in the world was able to get back off the ground and go back to holding events, even when no other sports were taking place.

Although the UFC was largely able to get back to normal, there was still a lot of hectic and crazy moments throughout the year. In a year that seems longer than most, it is nice to have a reminder of all of the things that occurred over the last twelve months, at least inside the Octagon. Luckily the iconic Teep is here to deliver on these needs, crafting a rewind video to look back on the year that was. Starting with the return of Conor McGregor to kick off the year, and ending at the final event in Vegas, he put together an excellent montage to cover all of the most important moments inside the sport, and it is definitely worth checking out.

There was a lot to look back on over the last twelve months, but in terms of UFC action, this year delivered on some incredible and memorable performances. Here’s to hoping that 2021 brings the same level of epic combat, without so much stress and drama. Be sure to give Teep a follow on his social media for the hard work that he put into making this package.

Man Gets Stabbed In The Neck, Still Uses BJJ To Get Rear Naked Choke On Attacker (VIDEO)
← Read Last Post