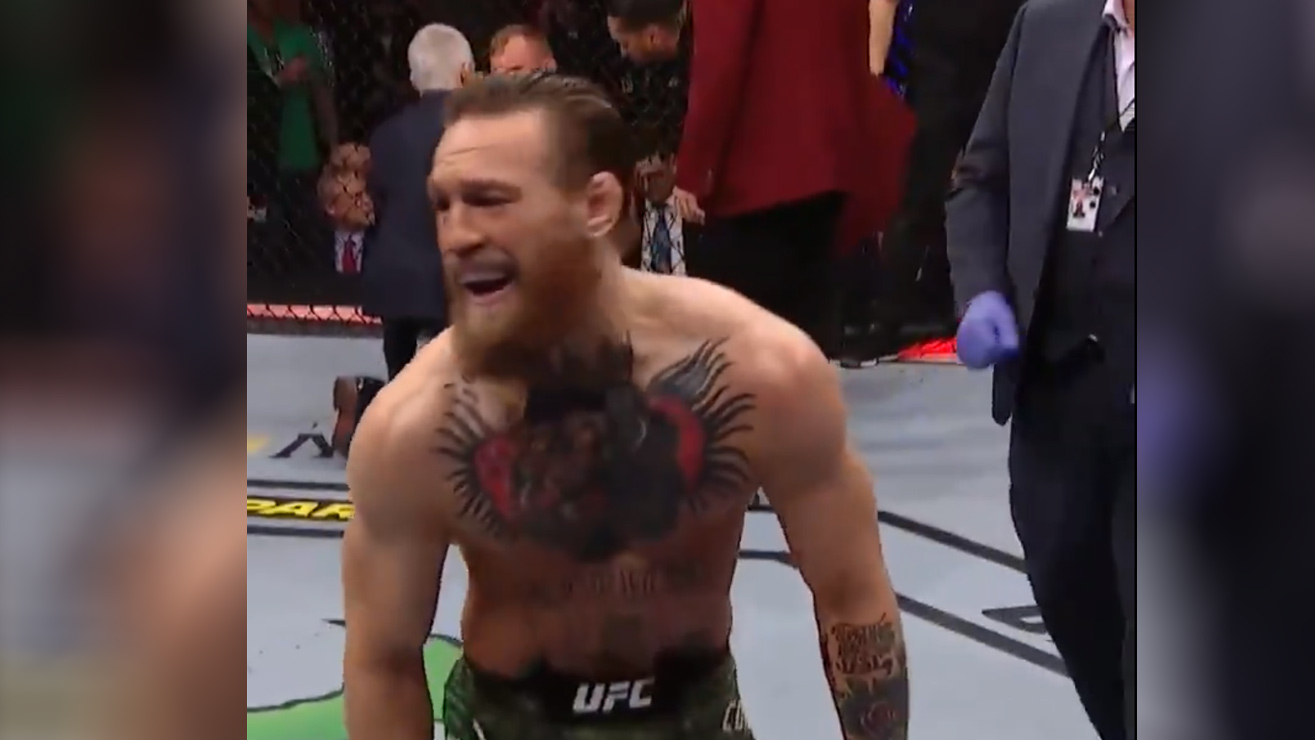 Former lightweight and featherweight champion Conor McGregor makes his eagerly anticipated comeback tonight. ‘Notorious’ will headline UFC 246 in a welterweight match-up against fight veteran Donald ‘Cowboy’ Cerrone. UFC 246 kicks off with the early prelims at 7pm (ET) on ESPN+. The card will then move to ESPN for the remainder of the preliminary bouts at 8pm (ET) before the main card airs on pay-per-view from 10pm (E.T). Stay tuned to MiddleEasy for all the action from UFC 246 as it happens.

UFC superstar Conor McGregor ends over one year out of cage, to face the fighter with the most wins in the company’s history, Donald ‘Cowboy’ Cerrone. The fight will take place at welterweight, but has title implications at 155lbs should McGregor win. ‘Cowboy’ will be hoping to end all of that talk and pick up his career best win.

Round 1: Conor McGregor throw a big left hand and Donald ‘Cowboy’ Cerrone slips it before clinching up. ‘Notorious’ lands several shoulder strikes and breaks the nose of ‘Cowboy’. The MMA veteran begins to back up. McGregor lands big shots including a head kick, dropping Cerrone to the mat. After a lot of ground and pound referee Herb Dean jumps in to save ‘Cowboy’ from further punishment.

Check out the highlights:

RETURN OF THE MAC 🇮🇪@TheNotoriousMMA gets in done in under a minute at #UFC246 pic.twitter.com/pnSSzW2V5x

🇮🇪 @TheNotoriousMMA is BACK. #UFC246 pic.twitter.com/df14NZ6zq6

Line them up, @TheNotoriousMMA is taking all comers! #UFC246 pic.twitter.com/thQithYM5X