TJ Dillashaw says Conor McGregor is a traitor to Ireland, and his logic is sound 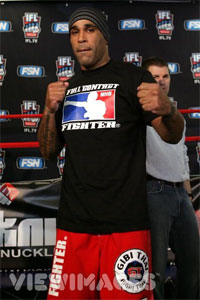 TJ Dillashaw has been called a snake in the grass. A traitor to Team Alpha Male and a bad friend. Conor McGregor has instigated the majority of this talk, and it has lead to Dillashaw being reviled around the MMA world. It’s a stigma that perhaps he’ll never really be able to shake. A man who will do anything to stay on top.

But, TJ Dillashaw has a retort for Conor McGregor. He says he has turned his back on the country that made him what he is. An international sensation, a draw. Without Ireland, Conor has nothing. And if Conor now is a Vegas man, then how can he be an Irishman?

“If I’m a traitor, I feel like [McGregor]’s an even bigger traitor to his country. He went to Ireland, and he’s a big country man, and then he lives in the United States now. He moved to Las Vegas. Why? It’s better for his career. It’s business. And so, I put it so everyone understands, I’m just trying to stay on top and I want to become the best MMA fighter possible and I need coaches to do so. Right now in Sacramento, I’m teaching kickboxing classes, Martin Kampmann’s moving home. He was a great mitt-man and a boxing coach, but he’s a boxing coach. We have to coach each other at Team Alpha Male right now, and that’s a big problem for me.”

“Ultimately, it was a business decision. I’m going to have these haters out there, but haters are gonna hate.”

Replay: At Legacy FC Josh Blyden just hit a DDT into a guillotine choke for the win
Read Next Post →
Click here to cancel reply.