Tim Sylvia Having Lingering Issues With Broken Arm From UFC 48 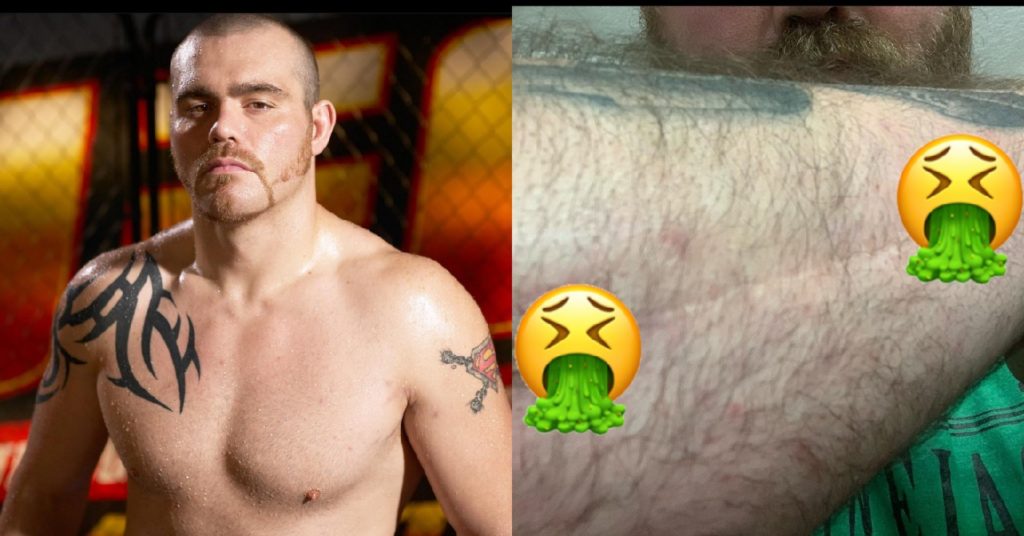 It has been 16 years since Tim Sylvia got his arm broken in a fight with Frank Mir. However he is still having issues with that arm, and needs help with the medical bills for it.

Allow me to take you back in time, all the way back to 2004. UFC 48 was going down at the Mandalay Bay arena, with a featured bout between Frank Mir and Tim Sylvia for the vacant heavyweight title. Unfortunately it would only take 50 seconds for the BJJ black belt to submit “the Maine-iac” by breaking his arm in one of the most iconic submissions of all time.

Now, sixteen years later, and Sylvia is still having issues with this arm. According to a post he shared to Instagram, the screws that were put into him to fix this arm are pushing out of his skin. Apparently he has asked the UFC to cover the cost to fix this problem, but they were not cooperative.

“So my arm been giving me problems for over a year now. The screws are backing out from my arm break when i fought @thefrankmir my dr. Contacted the @ufc cause it was paid for by them the first time. Sort of under workman’s comp. The ufc says it’s not there problem and will not cover it. I don’t have insurance and it’s going to cost well over 10,000 dollars to get fixed. Any thoughts on what i should do?”

Given the fact that Tim Sylvia is no longer in the UFC, and they are reluctant to pay for this kind of thing anyway, it seems unlikely he will get the UFC to pay for this procedure. Hopefully he can start some sort of crowdfunding campaign, in order to raise the money.

Update: Sylvia has set up a GoFundMe page with a goal of $20,000 for his injuries.

Daniel Cormier: Conor McGregor vs Anderson Silva 'Is A Bigger Fight Than Ngannou vs Jones'
Read Next Post →
Click here to cancel reply.