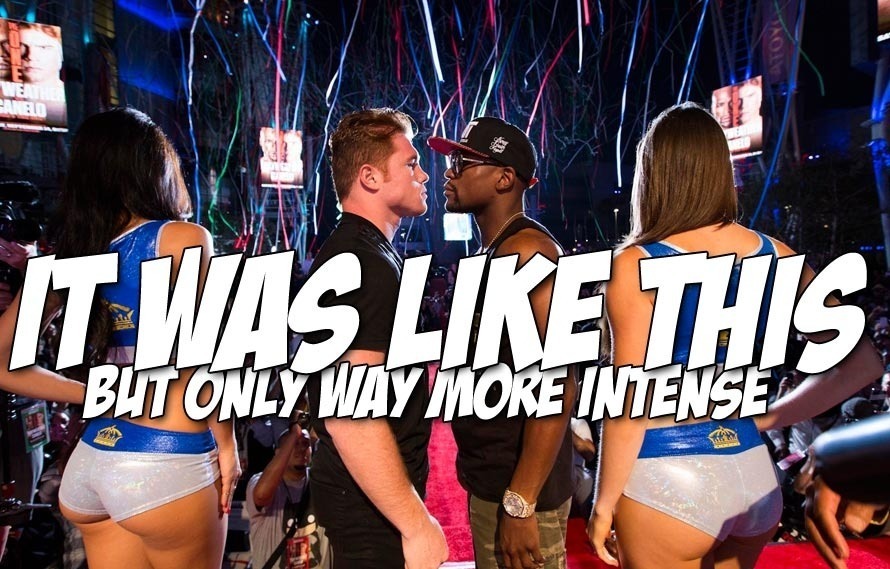 This .gif is so incredibly long — and it’s worth every nanosecond of it. Showtime has this entire weigh-in staredown down to the very microscopic detail. From the close-up to the quick pan of each fighter as they look out to the eager audience. This, my friends, is how a weigh-in is done.

From what people have been saying, it was the biggest weigh-in that has ever been conducted in the history of combat sports. They literally opened up the MGM Grand Garden arena at full capacity for the weigh-in — and there still wasn’t enough seating for the fight fans.

Check out the .gif compliments of ZProphet and remember that a lot of money will be made during this fight, and most of it will be coming from the Las Vegas sports book.