With the current state of things in the country, most gyms are trying to keep a tight lid on their mask protocols, in large part just so they can stay open. This does not seem to sit right with Stephan Bonnar, who was booted from his training session for not following the rules.

There was a time where Bonnar was looked at fondly with fans of the UFC. He was a crucial part of the early days of the sport, being the other half of the fight that Dana White credits for saving the promotion, when he came up short to Forrest Griffin in the finale of The Ultimate Fighter season one.

His career after that moment had some ups and downs, with him going 8-7 in the promotion, before retiring off the back of a loss to Anderson Silva and failed drug test. Although he did return for a single fight, which turned out to be a losing effort to Tito Ortiz in Bellator.

Stephan Bonnar Booted From The Gym

Now it seems like Stephan Bonnar has taken another L, this time at the hands of his local gym. He shared a video to his Instagram, of him apparently being kicked out the facility for failing to properly follow their masks procedures.

As seems to be the case when people are kicked out of places over masks, he did not go out without a fight. In the video, he can be seen blaming the other gym-goers for supposedly complaining that his mask kept falling off of his face, even though he apparently has a medical exemption.

“Been coming to this gym 14 years, getting kicked out on my birthday because one of these sheep were complaining that my mask was dropping. Well guess what sheep, I’ve got a medical expedition, I have asthma,” Bonnar said while holding his inhaler.

“I’m doing you a favor by even playing pretend. Masks don’t do anything. Wake up, you sheep. Tattletales. Cowards.”

As is always the case, there are two sides to every story and we are just seeing what Stephan Bonnar has to say. With that in mind, it should be noted that if he were not wearing his mask, he would not need someone to “tattle” on him.

At the end of the day, this gym is subject to the same rules as everyone else, and they are just trying to run their business. This is just the way things are in this current climate. 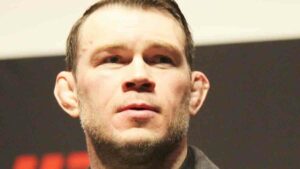