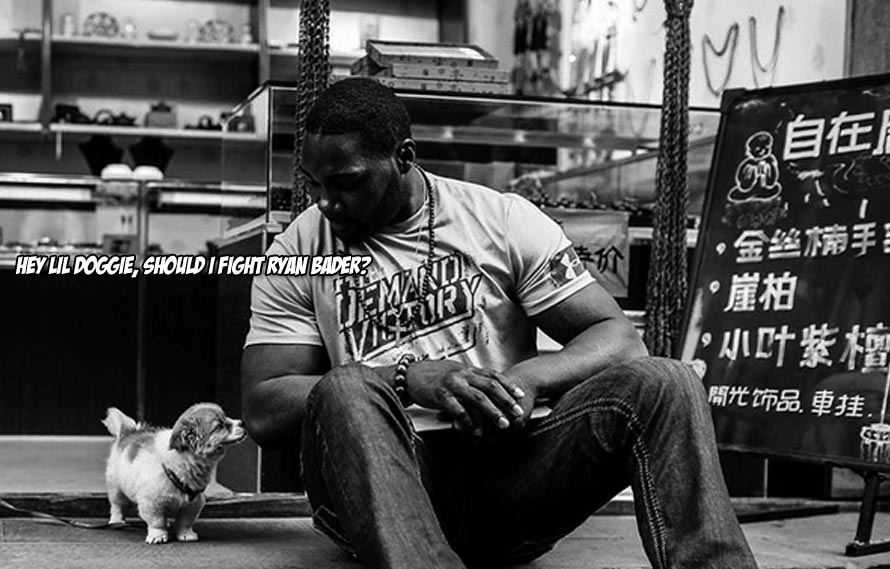 Ryan Bader believes his collection of decisions should grant him a title shot. Rumble Johnson believes his beheadings of everyone he faces should simply grant him a shot at becoming the #1 contender. Bader, while stringing together multiple wins in a row, doesn’t have a leg to stand on in this argument simply because Daniel Cormier wants to take some time off, rather than fighting the unmarketable Bader.

But, a Bader/Johnson fight. Perhaps headlining a FS1 card, could be very fun to see. Bader has no doubt improved greatly as a fighter, but Rumble Johnson is a monster. Someone who can defeat anyone with a single, breathtaking punch. Now let’s make it happen. 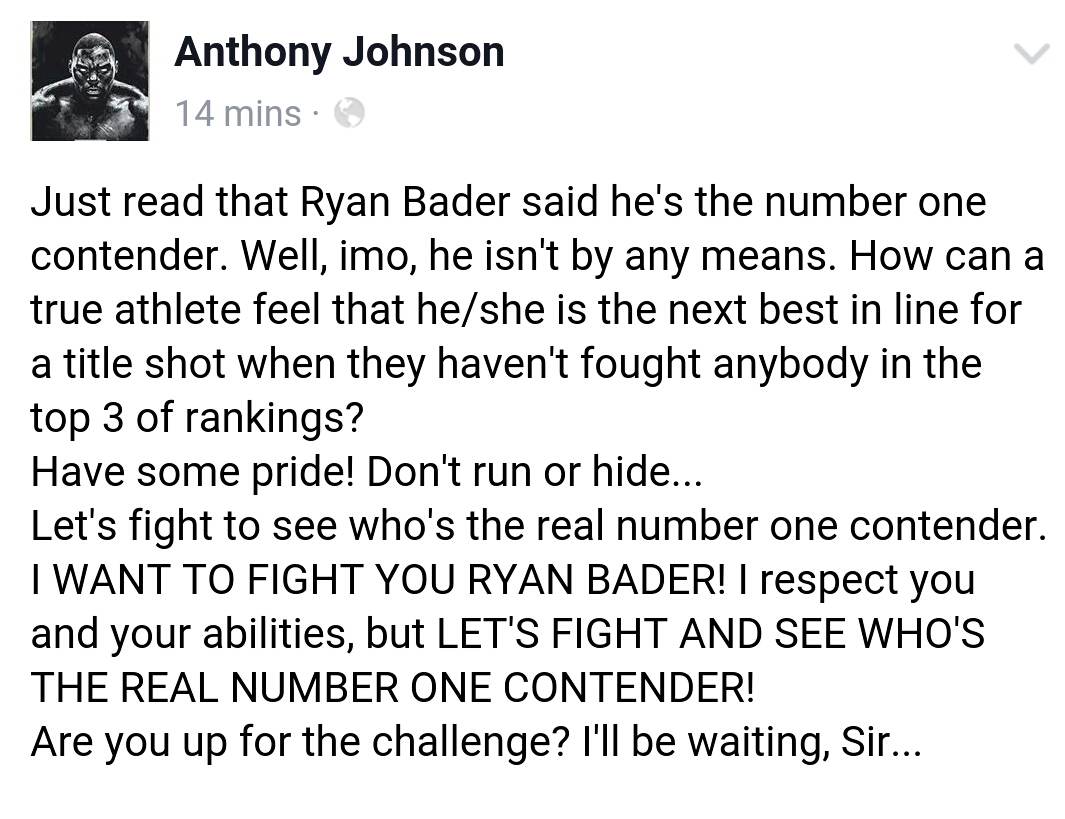