Nate Diaz: ‘I’m Never Going To Retire, That’s For Sure’ 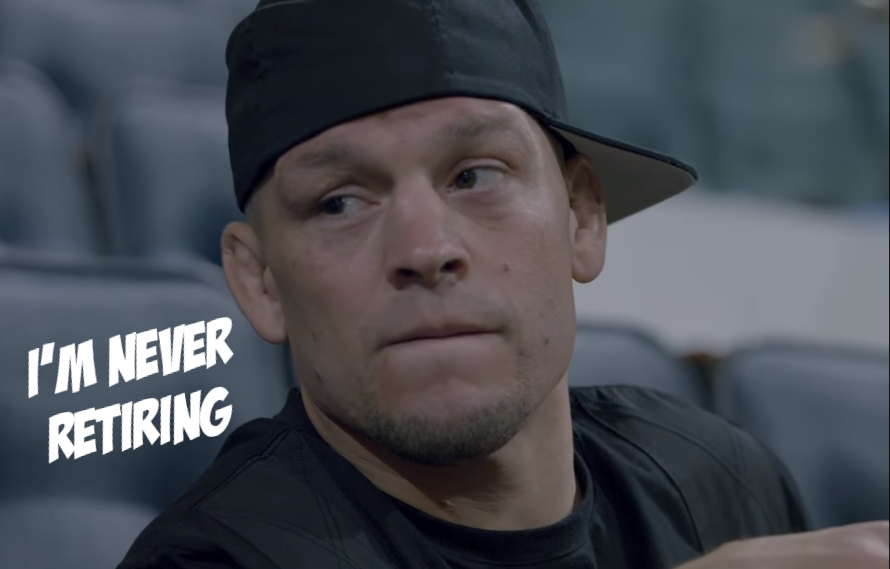 Nate Diaz Says He Is Going To Fight Forever

Nate Diaz has been fighting professionally for fifteen years. nevertheless, he does not have any plans to retire any time soon.

Diaz is currently in the highest point of his career, ahead of his UFC 244 bout Jorge Masvidal. He is finally getting respect that has been lacking from the UFC, putting him in a headlining role. Moreover, he has currently hit an all time high, in terms of popularity. He has truly become a mainstream star.

Despite all these accomplishments, Diaz does not plan on slowing down. When speaking to Ariel Helwani, he actually says he plans on fighting forever, and never retiring.

“Can’t live with it, can’t live without it type of thing. Yeah, I’ll fight forever. Forever. I’m never going to retire that’s for sure.”

Diaz continued, mocking others who make a big ceremony out of retiring.

“(Fake cry) Here’s my gloves, this is great.’ That’s the same people that’s excited. They’re full of s–t. You over here retiring? You want us to beg you back in. Don’t play with me. If you’re gone, then peace.”

It seems unlikely that Diaz will literally never retire. However, it would not be surprising for him to just silently fade into the night, much like his brother Nick has done. Never officially retiring, but also not taking fights, and instead choosing to enjoy life. This would fall right in line with the Diaz brand, and would be a fitting way for their saga to conclude.