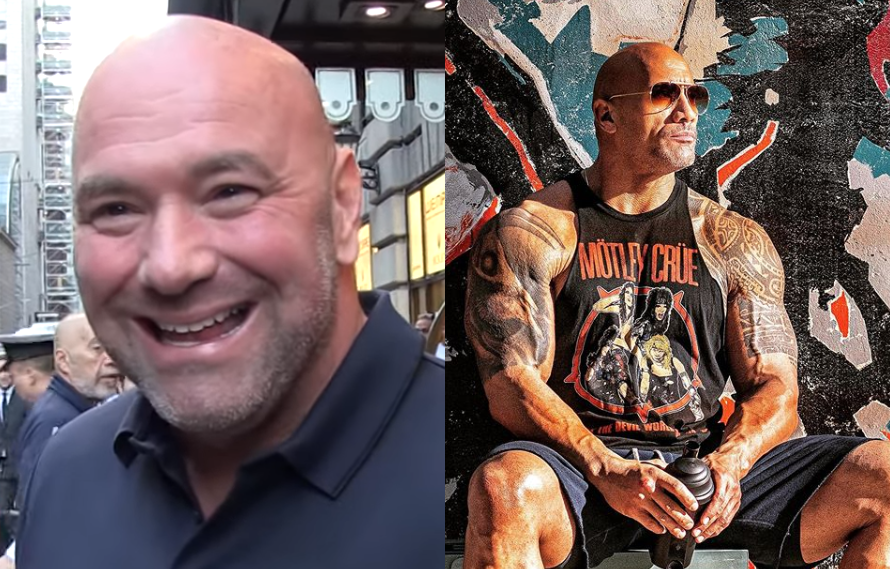 UFC 244’s main event will be contested for the new BMF Belt. According to UFC President Dana White, WWE superstar The Rock will be the one to present this belt.

Nate Diaz is the one who created this BMF belt, by declaring himself the “Baddest Motherf—er” in the game. Following that, he then called out Jorge Masvidal for his first title defense. Subsequently, the UFC made this bout to headline UFC 244, in November at MSG.

Additionally, the idea of this belt picked up serious momentum, with Dana White saying that he would create a physical belt. In fact, in a recent interview with TMZ, White spoke about the cost of this belt, and it is a hefty number.

“That’s a good question. I think the belt’s like 50 grand”

Oof, that is a pretty expensive belt. However, that was not all that White said in the interview. Recently, WWE and Hollywood star Dwayne “The Rock” Johnson stated that he would like to be the one to present the belt to the winner. White said that he is on board with this as well.

UFC 244 is shaping up to be quite the event. At this rate, it could be one of the biggest events of the year. While Dana White maintains that the BMF Belt is a one-time thing, a huge success at the event could lead to this being a reoccurring trend.

Dana White: Khabib vs. Ferguson Has To Happen Next, But Admits 'Eagle' Could Fight GSP If Tony Unavailable
← Read Last Post