If Nostradamus was a fighter, he would likely resemble Conor McGregor, who is often right in his predictions in life and in the fight.

The Notorious has made many bold predictions before. Many of those have been right. In his featherweight run, McGregor stated which round he would finish his opponents in. Every pick he backed up was exactly the case, except for one, which was a round 1 KO of Dennis Siver (McGregor KO’ed him in round 2).

“The prediction is in! I’m going to win the trilogy fight via A Front Kick to the nose. Round number 4.
His Nose needs straightenin and I’m Rhinoplasty.”

Mac Minus The Mystic

Despite the high success rate, the Irishman isn’t perfect in his predictions. He has been wrong before against the likes of Nate Diaz, Floyd Mayweather, Khabib Nurmagomedov, and most recently, Dustin Poirier.

McGregor, ahead of UFC 257, would predict a breaking of “The Diamond” in under 60 seconds of the main event. This would not go his way as Poirier shot in for a takedown, taking away the ‘Mystic out of Mac’.

Poirier would later get a KO of McGregor himself and capture revenge from his KO loss which took place 7 years prior. The two are now set for a trilogy at UFC 264 on July 10th.

Regardless of what happened in the rock-hard rematch, this wouldn’t stop the former champ-champ from once again picking the shot that would end Poirier’s night. McGregor did the same thing on Fight Island, thinking a left cross followed by a spinning back kick would do the trick.

McGregor enters preparation for the trilogy with another finishing move in mind.

“The prediction is in!” McGregor announced on Instagram. “I’m going to win the trilogy fight via a front kick to the nose. Round number 4.”

Looks like the SBG Ireland product will look to take a page out of Lyoto Machida’s book, wishing to land a front-kick on Poirier, later than usual, to end the rivalry once and for all. 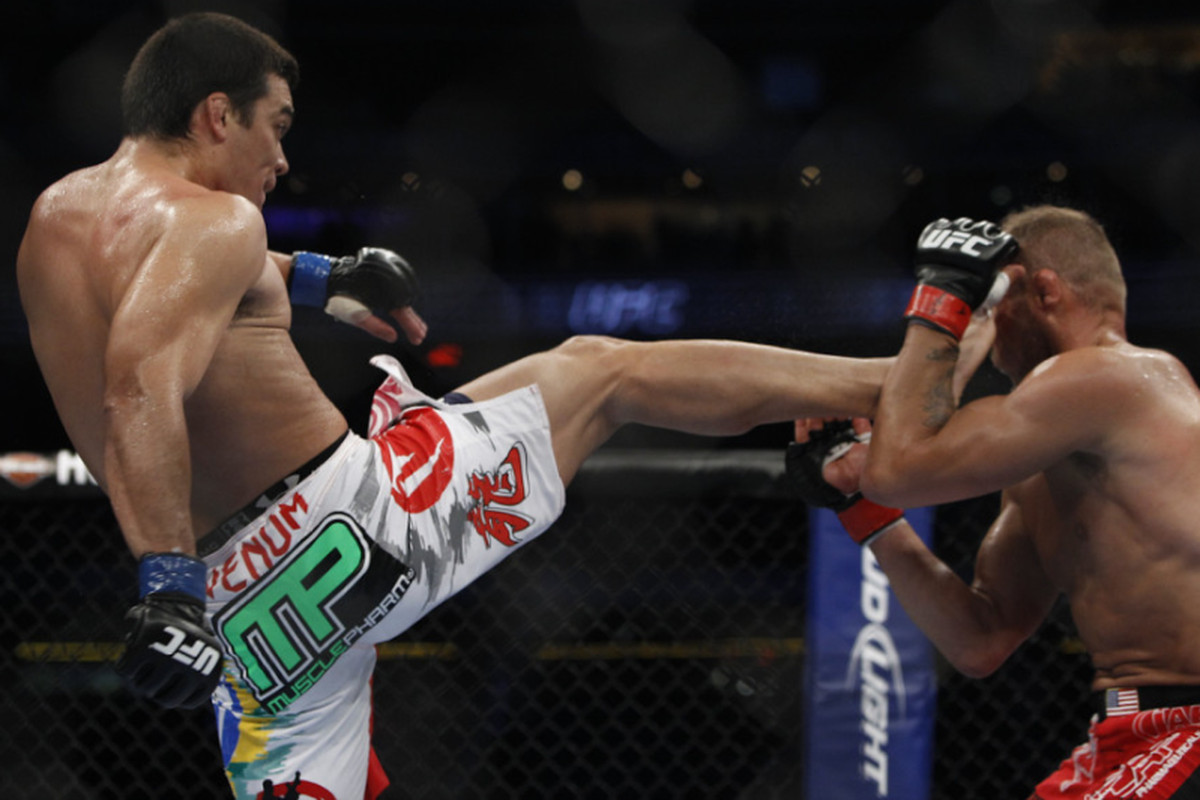 Petr Yan Lashes Out At Aljamain Sterling: "Your Ass Is Getting Stripped P*ssy"
Read Next Post →
Click here to cancel reply.