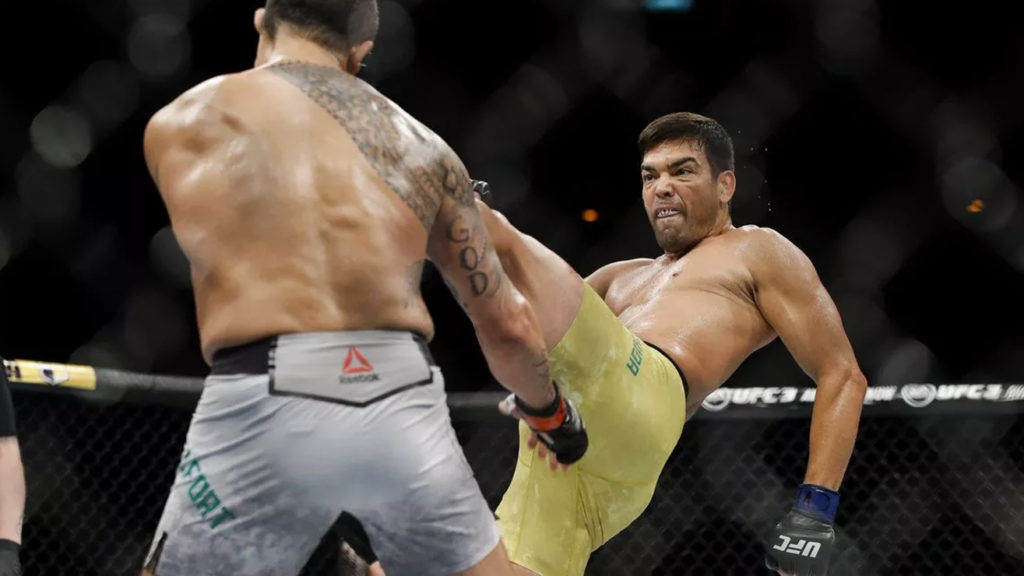 UFC 224 PPV event went down (Sat., May 12, 2018) from inside Jeunesse Arena in Rio de Janeiro, Brazil, as the main headliner put on a wild show where Amanda Nunes put a bloody stop to Raquel Pennington via fifth-round TKO to retain her title. The Fight of the Night went to the co-headliners Kelvin Gastelum and Jacare Souza. In a hard-fought battle, Gastelum picks up a split decision victory over veteran middleweight Ronaldo “Jacare” Souza.

In the opener of the main event, former lightweight champion Vitor Belfort was knocked out by Lyoto Machida in the second round of their middleweight bout. The kick was reminiscent of Anderson Silva’s UFC 126 knockout of Belfort. Machida earns Performance of the Night for his efforts.

Another Performance of the Night bonus went to Alexey Oleynik, who pulled off Ezekiel choke finish over Brazilian Junior Albini and made a record in the UFC history.

Fight of the Night: Kelvin Gastelum vs. Jacare Souza

Performance of the Night: Lyoto Machida

Performance of the Night: Aleksei Oliynyk

So here’s video of Hayato 'Mach’ Sakurai choking the hell out of Shinya Aoki backstage
Read Next Post →
Click here to cancel reply.