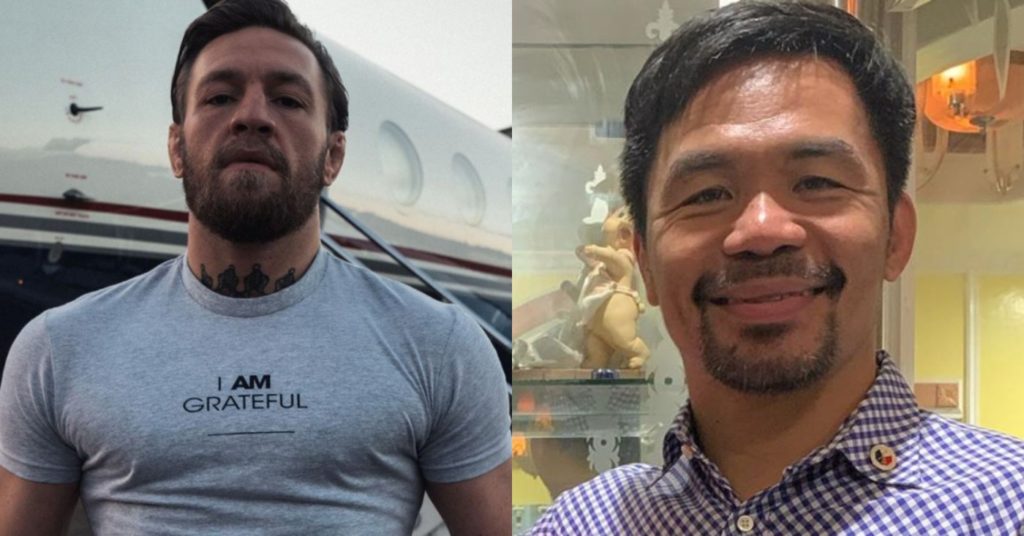 Could Conor McGregor be fighting Manny Pacquiao next?

The Irishman certainly hinted at it after being in an accepting mood in recent days. After Khamzat Chimaev called for a fight with McGregor, the latter seemingly responded by claiming he accepted on social media.

Of course, it could have been to anyone and that was further emphasized by McGregor accepting another fight.

“tinatanggap ko,” he tweeted on Friday.

As many deciphered soon after, the message was in Filipino and translates to “I accept” which can only be hinting at Pacquiao.

McGregor has long been linked with a boxing match with Pacquiao and most recently hinted at it earlier this year by claiming an offer was made.

To make matters more interesting, the current WBA boxing welterweight champion later signed with McGregor’s management group in February which could expedite the process of making a boxing match between the pair.

As far as how things stand right now, the former two-weight UFC champion is currently retired as Dana White seems intent on having him sit out for the time being and waiting to see how the lightweight title picture plays out.

Maybe McGregor can find a way to box Pacquiao in the meantime?