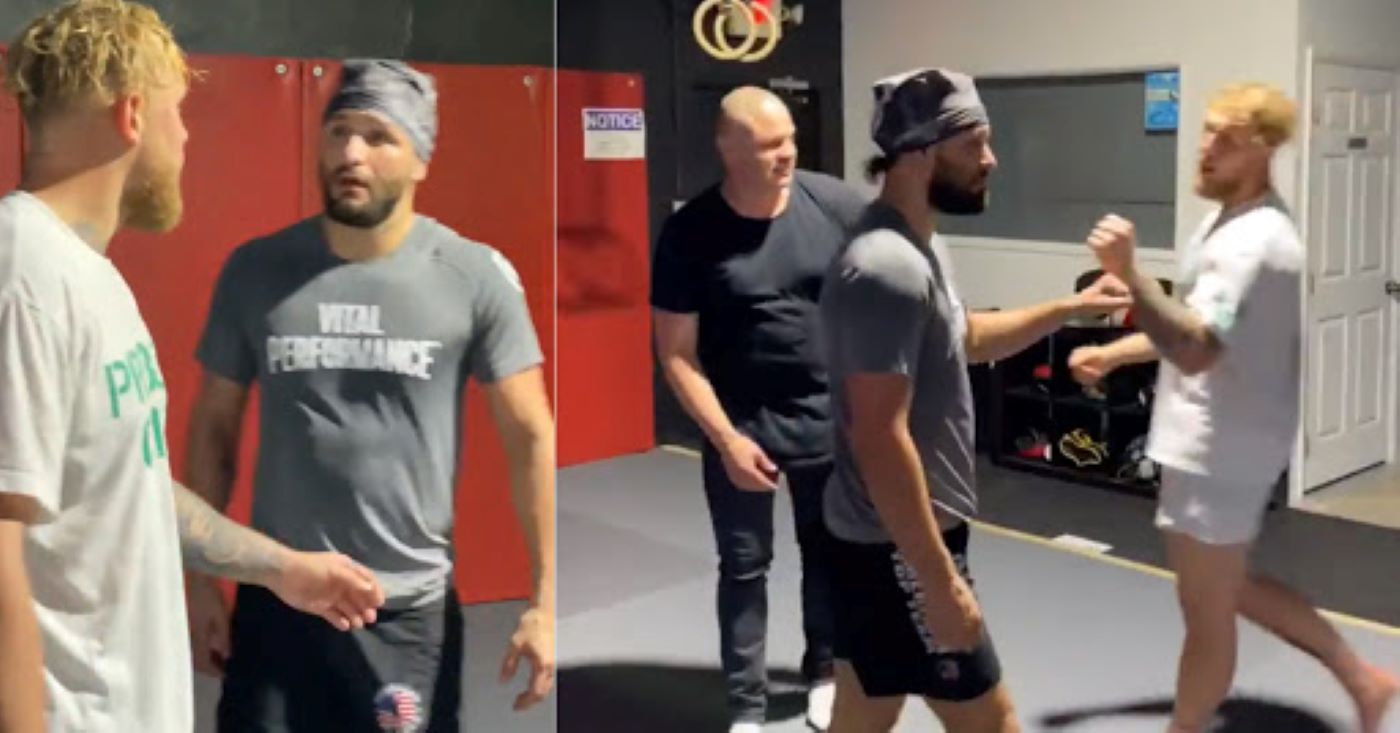 Jake Paul is already in training camp and getting ready to face Ben Askren on April 17. The influencer turned professional boxer will face the former ONE welterweight champion in an 8-round boxing match.

Masvidal and Askren had a heated rivalry that was settled once and for all at UFC 239. Masvidal went on to shock the world with an incredible Flying knee knockout that ended the fight in only 5 seconds.

Paul had announced to ESPN’s Ariel Helwani that he would seek some help from Masvidal. It seems he wasn’t lying, Paul posted a video on his Twitter account of him and Masvidal training.

He knocked out my opponent @benaskren in 5 seconds and now will help me do it in less time.. @gamebredfighter is teaching me his secrets… April 17th the fight will last less than 4 seconds and then we coming for @natediaz209 pic.twitter.com/IQWeyqh5oj

“He knocked out my opponent @benaskrenin 5 seconds and now will help me do it in less time..@gamebredfighteris teaching me his secrets… April 17th the fight will last less than 4 seconds and then we coming for@natediaz209“

Paul and Masvidal are seen drilling what looks like a shuffle followed by a running right hook. The fight between Paul and Askren will be following professional boxing rules so of course no knees will be allowed.

This seems like a step in the right direction for Paul who’s already a heavy favorite to win the bout. Many experts think that the fight will be very lopsided and will probably end in a knockout for Paul.

The only challenge for him seems to knock Askren out in under 5 seconds. Do you think Jake Paul has what it takes to do it?