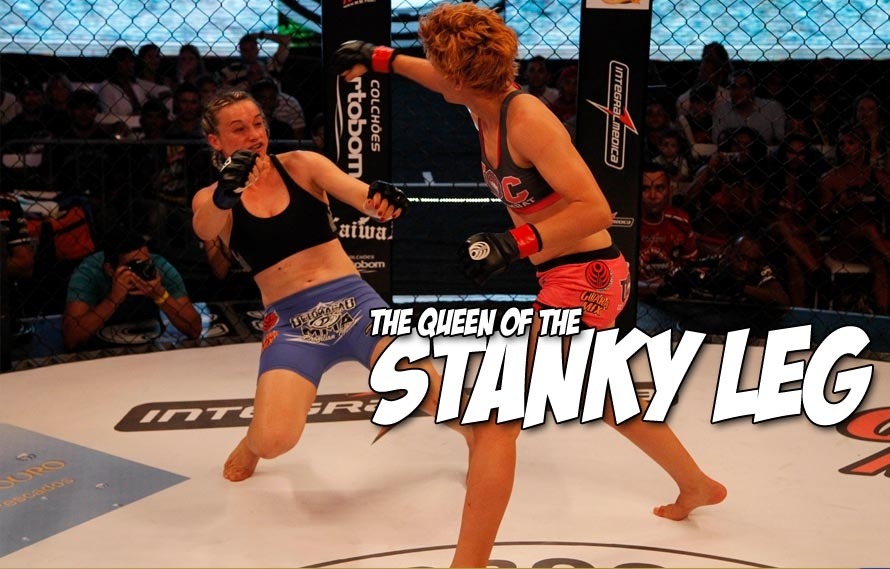 We really wanted to get this .gif up right when it happened a few days ago but something prevented us from doing so. Perhaps it was the impending Holiday shopping rush, or just that we found a really gnarly exploit on Grand Theft Auto V Online that we needed to pull off. Regardless, it’s up on MiddleEasy today, and that’s all that really matters.

Larissa Moreira Pacheco has the first and last name of the first girl that I almost ‘made love’ to in college. Now she’s married, has kids, and refuses to accept my Facebook friend request. That’s just the nature of the universe, I guess. Quite frankly I’m fine with it. In fact, I should almost not care about it.

On December 21st, Larissa Moreira Pacheco made Irene Aldana pull off the stankiest of the stanky legs when she TKOd her in the third round at Jungle Fight 63. We’re talking Rashad Evans level of stanky leg, folks. Check it out and props to ZProphet for the find.

Stop what you're doing and watch the greatest UFC trailer in the history of UFC trailers
Read Next Post →
Click here to cancel reply.