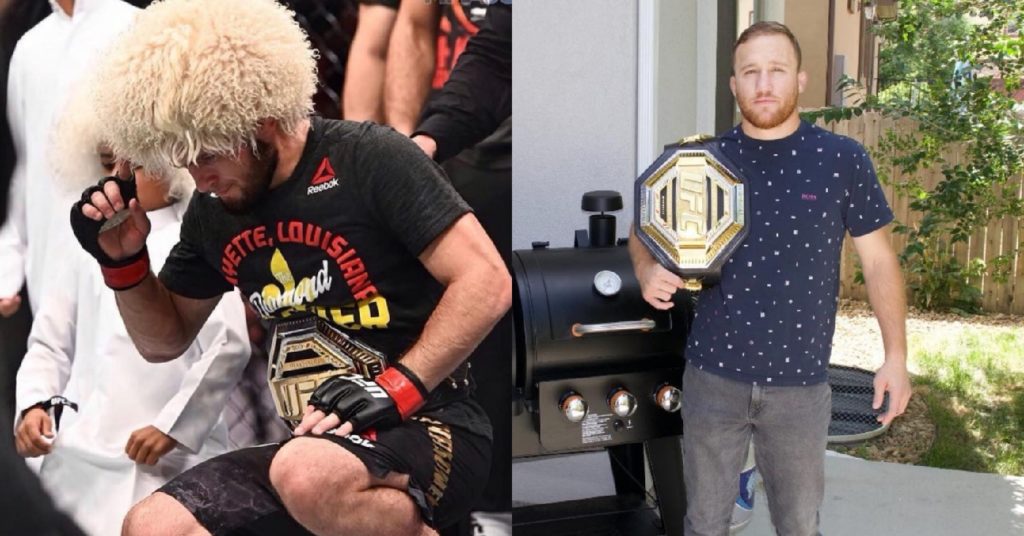 Fans have been wondering when Khabib Nurmagomedov may be fighting again. Well now Dana White has revealed that he will face Justin Gaethje in October.

The next opponent for Khabib was essentially set in stone, once Justin Gaethje beat Tony Ferguson for the interim title. The only question that remained that point, was when these two would face off. Initial reports suggested it could take place in September, but when news broke that Khabib’s father passed away, it left the future uncertain for the undefeated lightweight king.

Khabib Nurmagomedov vs Justin Gaethje Is Apparently Set For October

Once it was revealed that Khabib Nurmagomedov had returned to the training room, for the first time since his father’s passing, fans were expecting to see a fight announcement follow shortly after. Sure enough, Dana White spoke to CNN to reveal that the bout with Justin Gaethje will be going down on October 24th. While he did not reveal a location, he did say that he felt confident that the fight will go ahead.

“It’s been very rough on him,” White said when asked how Khabib had been dealing with his father’s loss. “His father was a hero to him, he loved his father, they had a very close relationship and it was very hard on him.”

Khabib Nurmagomedov vs. Justin Gaethje for the UFC lightweight title is scheduled for Oct. 24, per CNN. Location TBD. https://t.co/MIyOSlDFor

Obviously given everything that has been going on, it is a little tough to pin down a location for the fight right now. That being said, given how much the UAE likes Khabib Nurmagomedov, and how eager they were to help the UFC host fights on Fight Island, it seems like Abu Dhabi is a prime contender for the host of this fight. Either way, it will be exciting to see the Dagestani return to action, this fall.