James Vick un-retires for a trip to the boxing ring.

After more than a year of being retired, James Vick has decided to give it another go. However, he wants to try his luck inside the boxing ring this time.

At 35 years old, Vick feels that he still got something left in his tank and is now set for his sequel boxing match in his hometown in Texas. “The Texecutioner” will face Alejandro Heredia in a four-round, 168-pound boxing match at “The Last Combat: Morales vs. Salido” event this Saturday, Fite announced on Twitter Friday.

🥊A former #UFC fighter switches to the #boxing ring.

💯 The Texecutioner @JamesVickMMA will go 4 rounds in his second pro bout this Saturday under the #MoralesSalido undercard in Mesquite, #Texas.

The bout will take place at Mesquite Arena in Mesquite, Texas, and will be streamed live on FiteTV.

Vick’s last boxing match came in 2010, where he suffered a loss to Salvador Roa. He hasn’t been in the ring since.

Four years before being slated for his pro boxing debut, Vick was in a completely different realm. In 2017, “The Texecutioner” completed a remarkable run in the UFC after pulling off a series of impressive performances in the promotion’s lightweight division.

Vick started the year with a bang by submitting Abel Trujillo at UFC Fight Night 104. He secured another incredible finish just three months after when he TKO’d Marco Polo Reyes at UFC 211. It was followed by another TKO win in November at UFC 217 when he obliterated Irish MMA star Joe Duffy.

In February 2018, Vick picked up where he left off and outpointed Francisco Trinaldo at UFC Fight Night 126. However, things took a huge turn and the once phenomenal lightweight began losing his mojo.

“The Texecutioner” went to a terrible skid, having lost four consecutive fights under the UFC banner. Three of which, were first-round finishes. Vick attempted to redeem himself at XMMA 1 in his MMA return but also lost to Andre Fialho via TKO.

We’ll see if he does better in boxing. 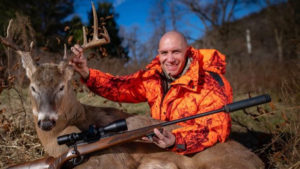 James Vick On Transgenders Competing In MMA: “You’re Risking A Person’s Injury With This Serious Stuff’ 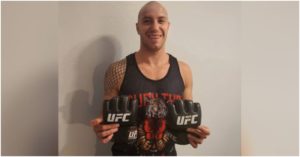 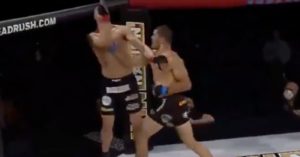 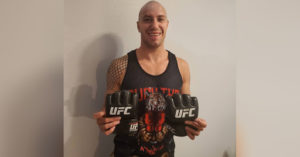 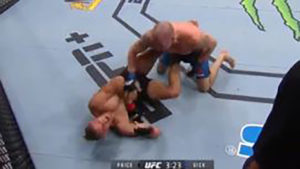 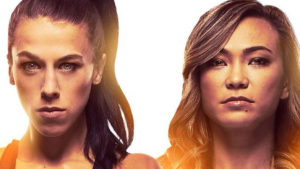