The UFC released James Vick after not re-signing him with no more fights remaining on his expiring contract. 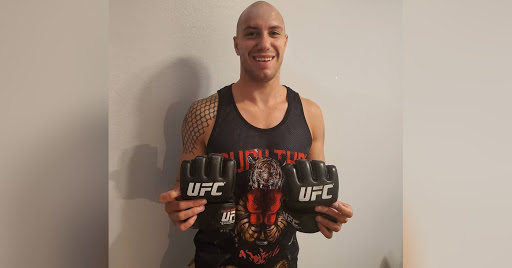 James Vick has been released by the UFC. Vick’s career with the promotion lasted 6 years. However, as his current contract expired, the UFC decided not to re-sign Vick, making him the newest notable free agent in the sport.

News of the release was first reported by Aaron Bronsetter of TSN Sports. Along with the release, Aaron noted that Vick is currently already being sought after by various other promotions. Although those organizations haven’t become specified.

Vick's contract expired following his last bout and was not renewed. He is currently in talks with several other promotions.

“Per sources, James Vick has been released from the UFC,” wrote Aaron. “Vick’s contract expired following his last bout and was not renewed. He is currently in talks with several other promotions..

A Career of Ups and Downs

James’ UFC career was full of peaks and valleys. The beginning of his career got off to an impressive start with 5 wins in a row. However, a knockout loss to Beneil Dariush at UFC 199 changed the trajectory of his title aspirations.

Vick was able to bounce back from the loss. Rattling off 4 more wins in a row, Vick found himself scratching the surface of the top 5 in the division. Unfortunately, he then lost four straight fights in a row. Additionally, three out of the four losses were KO punches within 1 round.

Unfortunately for Vick, fans will more than likely remember his career for being on the wrong side of some of the most devastating KOs in modern history. Specifically from Justin Gaethje.

UFC Fight Night 135 took place on a Saturday night on Aug. 25, 2018. The card happened inside Pinnacle Bank Arena in Lincoln, Nebraska The then former WSOF lightweight champion Justin Gaethje blasted into the winning column after annihilating James Vick with one punch.

At the moment, no organizations have spoken out publically about acquiring “The Texacutioner.” However, organizations like Bare Knuckle FC and Bellator have made strides to deepen their rosters of known talent.