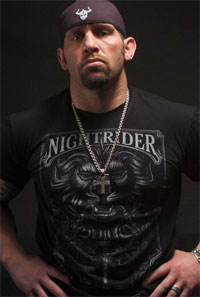 Whenever Shane Carwin throws a punch, he gives brain damage to a lot of undeserving air molecules. Normally this wouldn’t cause any alarm, but now the guy has to explain what he did to all the little oxygen wives that are now widows. If I were to start a ‘Save the Air’ campaign, it would involve a nationwide protest against Shane Carwin’s fists, the harbinger of death for all air molecules across the planet. Fortunately, I don’t care as much about oxygen as I do about Shane Carwin fighting Roy Nelson at UFC 125.

Three hours ago, Shane Carwin announced that he received a UFC 125 bout agreement in the mail and just a few minutes ago, we confirmed with a very reliable source that the bout agreement was indeed for Roy Nelson. The fight is slated to go down at UFC 125 which is scheduled to happen on January 1st 2011 at the MGM Grand Garden Arena.

Yesterday, the news leaked that the bout was in the works, but was refuted by Roy Nelson. Everyone pointed their fingers at the myriad of sites that reported the announcement, but as of three hours ago, it seems to be official. Hopefully the snacks Dan Hardy sent Roy Nelson will aid in his knee recovery. Chocolate heals all wounds.

Jens Pulver is selling his ultra-rare custom car on eBay
← Read Last Post
Check out this EA Sports MMA trailer to hold you over until October 19th
Read Next Post →
Click here to cancel reply.