Nick Diaz has always been controversial, but this… he has been arrested for domestic battery by strangulation in Las Vegas, Nevada. Looks like Diaz Brothers are back on track again!

El Diablo didn’t fight since UFC 183 in 2015. Maybe this arrest will spoil Nick’s UFC plans in the future. Here is what FrontRowBrian published on Twitter. 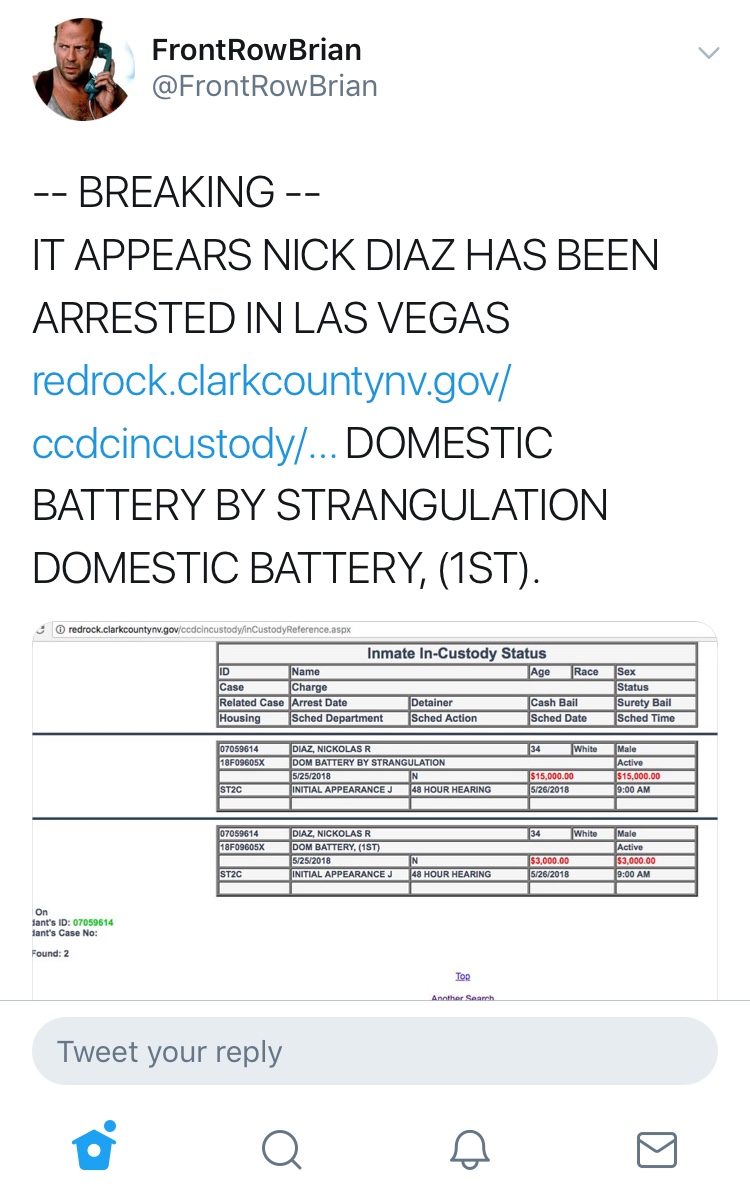 Nate Diaz didn’t comment anything. It is still unknown who has been his victim. The news broke Friday morning at 9:00 a.m. Nick Diaz is currently on $15k bail for strangulation and $3K bail for domestic battery assault.

Marijuana destroys brain cells and won’t let you think wisely, and after Georges St-Pierre sci-fi accusations of poisoning, this is the second strange thing Nick Diaz did in less than a month. Stay tuned and follow how the situation develops! Will El Diablo face some serious sentence?

A Lesson in Street MMA: Judo throws are still the best way to start, end a fight
← Read Last Post

Watch: Cro Cop gives his first interview after his leg injury but its in Croatian so we have no idea what's going on
Read Next Post →
Click here to cancel reply.