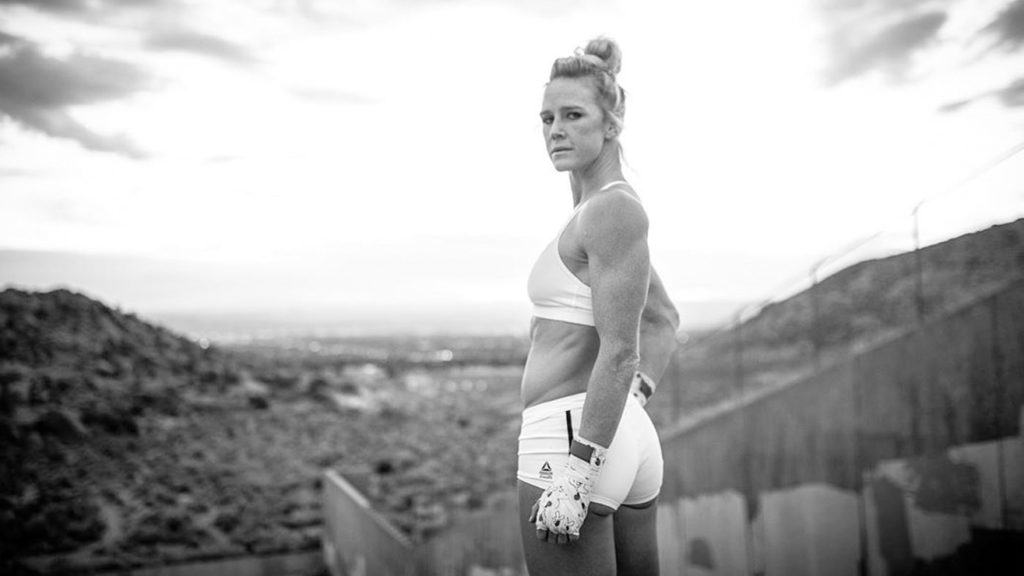 Former UFC women’s Bantamweight Champion Holly Holm is coming off a first-round knockout loss to double champ Amanda Nunes in the co-headliner of UFC 239 last weekend. “The Preacher’s Daughter,” had put on an unbelievable resume during her run in the MMA but after getting dropped straight four times in UFC title fights, she needs to rethink of her future.

Even UFC president Dana White said Holly needs to take a look at what’s next for her.

Despite all the criticism Holm doesn’t seem to bit fazed by UFC 239 loss, and it seems retirement is not on the cards yet for the former champ.

“I always say I get to live the life of a dream. I never actually dreamed of getting kicked in the face, that’s never part of my dream,” Holm said. “That’s like the nightmare part, living a little nightmare, wake up every morning like, ‘Yup, that’s real, that just happened.’ But I just want you guys to know I’m feeling good and I know one thing: I’m still pushing forward. A lot of heartbreak right now, but I’m doing fine. I just want you guys to know I appreciate the love and support. And if you would like to have free lip filler, just get kicked in the face.”

Holm dropped to 2-5 in her last seven fights which includes two losses in featherweight title bouts and two defeats in 135-pound title fights.

After UFC 239, Amanda Nunes is the greatest of all time as she wiped out all top contenders in bantamweight and featherweight division.

Upon her return, who do you want to see her fight next?