When she was competing inside the confines of MMA, Gina Carano was one of the most beloved figures in the sport. However nowadays she is finding herself in the middle of controversy, with a trending hashtag designed to get her to lose her job.

When Carano left the MMA world behind, few thought that she would achieve the type of success that she has found in Hollywood. Nevertheless she has managed to land roles in major Marvel movies, and most recently on the Disney+ Star Wars series, The Mandalorian. At the time it seemed like a great thing for someone that was so beloved by the sport she helped to pioneer.

Unfortunately it seems that these days, Gina Carano is not being looked upon so favorably. The last several weeks have seen her posting some controversial and political things on her social media. Take for example, this lengthy tweet voicing concerns over the widely disproven claim that the 2020 Presidential Election was tainted by voter fraud.

“We need to clean up the election process so we are not left feeling the way we do today.
Put laws in place that protect us against voter fraud.
Investigate every state.
Film the counting.
Flush out the fake votes.
Require ID.
Make Voter Fraud end in 2020.
Fix the system. 🇺🇸”

If this did not convince you, there is more. Not only is she regurgitating false ideas of corruption, but she has also been a big proponent for anti-mask causes. She regularly shares remarks about how the coronavirus pandemic is fake and a way to brainwash society, a sentiment that she has fully embraced recently.

Although some (not very bright) people may agree with her, this has caused some serious outrage against Carano. This has led to the hashtag #FireGinaCarano which even started trending on Twitter.

To be clear, cancel culture is not a very productive way of conducting behavior, despite how prominent it has become. However it is still surprising to see this turn of events for Gina Carano, who was once regarded very highly. Then again, when it comes to the MMA world she tends to align herself with similar interests as other fighters, so maybe it is not that surprising after all. 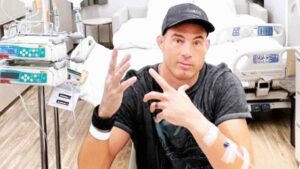