Gina Carano is a former female Bantamweight Strikeforce runner-up. She is also a famous model, actress, and television personality.

Gina Carano is a Muay Thai specialist. She had one of the best kicks in the history of women MMA. In the clinch, she mostly looks for a right knee to the head. Her strongest punches are right hook and right overhand. Gina usually sets up a combo when the opponent is on the fence.

On the ground, Conviction usually looks to end the fight via punches or elbows. Gina Carano has good takedowns and great submission defense. She also knows to wrap around the opponent’s neck in the style of Demian Maia! Her takedown offense is also worldwide known, especially if she succeeds to catch rival’s leg.

Before she joined her UFC career, Gina Carano was a Muay Thai fighter. Her coach was Master Toddy, and she started training thanks to her boyfriend, Kevin Ross. She didn’t have a super long professional career but her fights were very effective and interesting to watch. Gina still claims that Kevin is the person who gave meaning to her life.

Conviction earned the competitive score 12-1-1 during her Muay Thai career. Her biggest Muay Thai victory is the one against Bonus Sor. Boorphajarn in Thailand, who was one of the best Female Thai Boxers at that time.

Gina Carano had her MMA debut versus Leiticia Pestova at World Extreme Fighting on June 10, 2006. Crush won the fight via TKO after only 0:38 in the first round.

Gina Carano faced Cris Cyborg on August 15, 2009, in the main event of the evening, in San Jose, California. As soon as the fight opened, Cyborg started punching her and took her down. Gina had her leg trapped, but slipped out of it. Cyborg continued landing strong punches and took her down at the end of the first round. 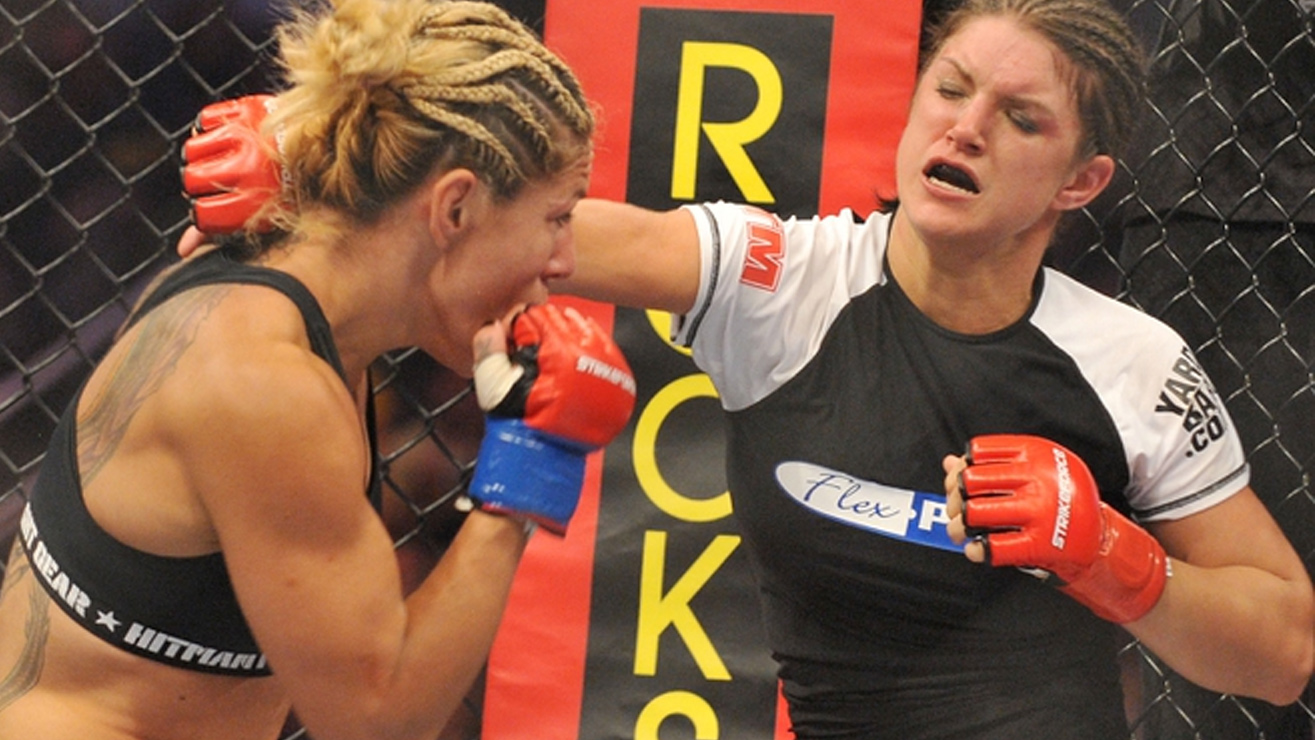 After a brutal punishment on the ground, the referee stopped the fight and Cyborg won via first-round TKO.

She should return in 2011, and her possible opponent was Sarah D’Alelio. Initially, Strikeforce said that Carano withdrew due to medical reasons, but it was later announced that she was removed for other reasons.

One interesting fact – Gina Carano is still under contract with the UFC, despite she hadn’t fought for a very long period of time! Ronda Rousey claimed in Joe Rogan’s Podcast that she and Carano should face in 2014, but the fight was never materialized.

She appeared in the cult film Ring Girls in 2006, and also had a role in the 2007 Oxygen reality series Fight Girls.

During 2009, Crush acted the role of Natasha in Command&Conquer: Red Alert 3, and the movie Blood And Bone.

Gina had the dominant role in the movie Haywire in 2011. Her next movie was the thriller In The Blood in 2012. During 2012, Gina signed on as the lead in the movie which should be the female version of The Expendables but she couldn’t play the role.

In the Fast&Furious 6, Gina Carano acts the role of Riley, who is a member of Diplomatic Security Service (DSS) special agent Luke Hobbs’ (Dwayne Johnson) team. The two were called out of an early retirement to take down Oven Shaw (Luke Evans), a bad guy, the leader of the gang Fast Five, who uses his own team of thieves to steal valuable parts for highly-dangerous WMD.

The most interesting part of the movie is Conviction’s fight with Michelle Rodriguez in the subway, who acts the role of Letty, also a member of the gang, who works with Shaw.

Gina also had a role in Almost Human episode Unbound in 2014, co-starred in Extraction movie in 2015, and had a role in 2016 movie Deadpool.

Gina Carano is currently dating Kevin Ross. She was in a relationship with Henry Cavill and Kit Cope earlier.