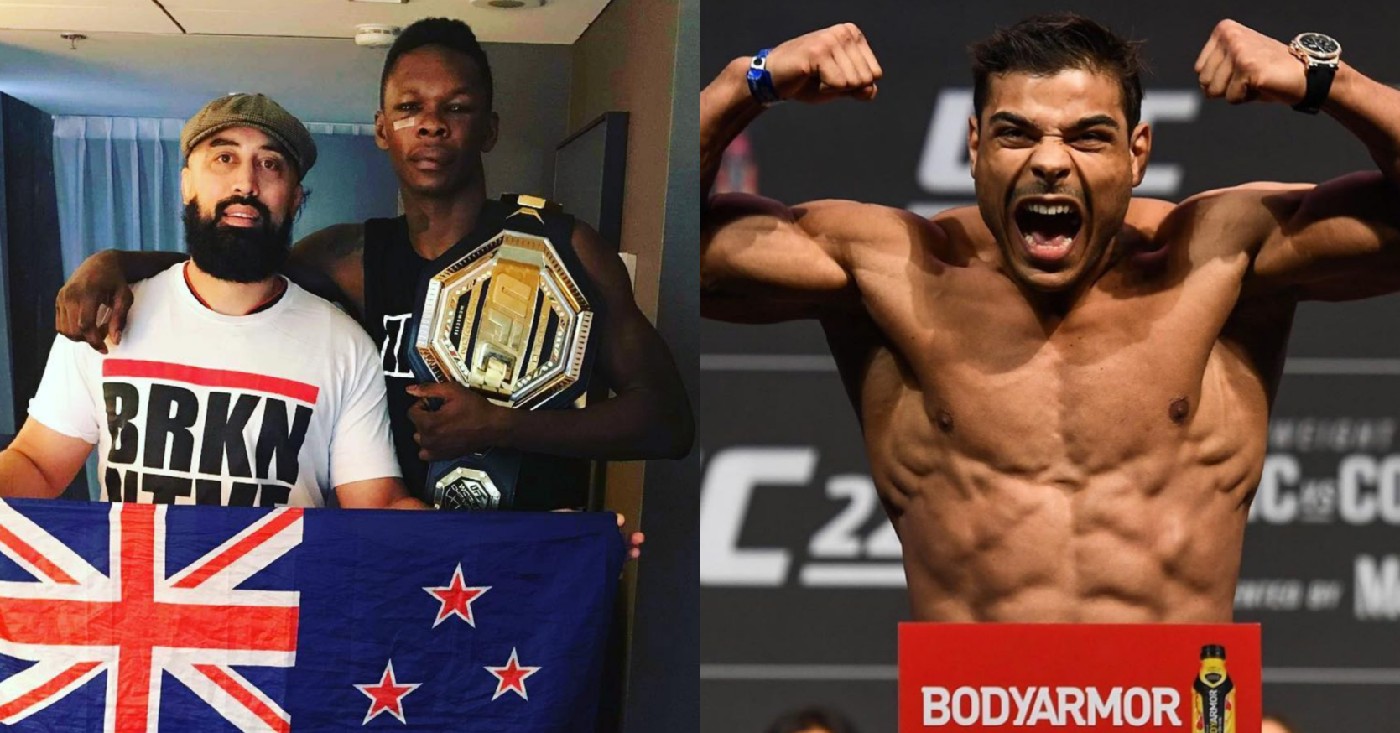 Israel Adesanya hopes to defend his middleweight title against Paulo Costa at UFC 253. Ahead of the fight, Adesanya’s coach, Eugene Bareman explains why this is such a dangerous fight for his fighter.

Bareman has been working hard alongside Adesanya to prepare for the interesting challenge that is Paulo Costa. The pair have been a nearly unstoppable team since the middleweight champ entered the UFC, blowing the doors off of almost all of their competition with ease. However the general consensus is that Costa provides an even more challenging obstacle, due to his seemingly unbreakable chin, and tendency to charge at foes and swing with reckless abandon. That is what makes this UFC 253 matchup so exciting and interesting to watch.

Eugene Bareman Explains Why Paulo Costa Is So Dangerous

With this matchup between Israel Adesanya and Paulo Costa being so compelling, fans are divided on who they think will win the fight. While some point to the crafty skills and pretty clear technical advantage of the champ, others look to the powerful striking and pure brutality of the challenger. While preparing his pupil for this fight, Eugene Bareman is aware of how powerful of a puncher Costa is. Speaking in a recent interview, he explained that this is what makes the Brazilian such a dangerous challenge, but it is not something he and Adesanya are unprepared for.

“We can reflect on a lot of Israel’s fights, where he’s fought guys with big power, and guys that were a lot more technically sound than Paulo Costa,” Bareman continued. “But at the end of the day, we haven’t fought Paulo Costa. He seems to be a very powerful striker, and the part that you never know until you’re in the cage is how powerful this person is. Can Israel deflect his shots? Can Israel move out of the way of his shots? That’s the part that we never really know until the opening 30 or 40 seconds, and so that’s the most nervous time. But I think Israel can mitigate his power, and then what I think will happen is that he doesn’t have enough diversity in his striking to stay with Israel during this fight.”

It seems that Eugene Bareman and Israel Adesanya are taking this fight ultra seriously. It will be exciting to see how things play out at UFC 253, on September 26th.