Dana White not necessarily interested in cutting Mike Perry despite missing weight, losing his fight, and having issues outside the cage 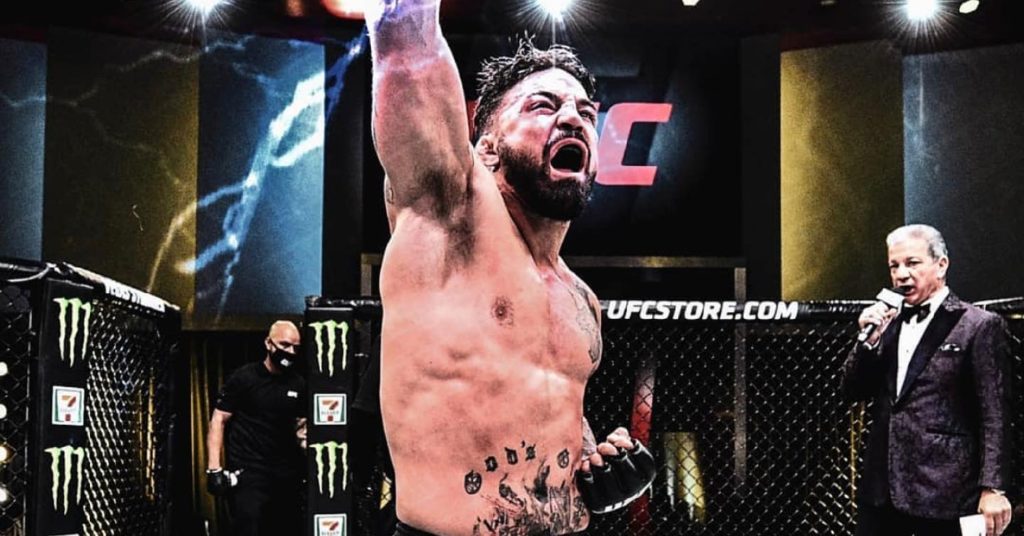 Mike Perry has been having a tough go of it lately, to say the least. Regardless of these transgressions, Dana White says that Mike is probably not going anywhere, any time soon.

White has been a long time supporter of Perry, even to a degree that lacks a lot of explanation. When Mike was involved in an altercation outside of a bar, and was accused of domestic abuse, Dana was rather slow to cast judgement, offering the welterweight fighter help instead. This is far from the reaction other fighters have gotten in similar situations, and demonstrates how much the UFC President likes the Michigan native.

In Mike Perry’s most recent outing against Tim Means, he missed weight by a hefty 4.5lb before losing a decision. This combined with his 7-7 UFC record made many people question his long-term future in the UFC. However speaking at the post-fight press conference, Dana White explained that he is not too keen on cutting the welterweight, even in spite of what has been going on lately.

“Listen, he’s always tough and fun to watch,” White said. “That third round, what I really like about Mike Perry is, depending on how you guys scored it, but I’m sure you gave him the first round, gave Tim the second, and the third was up for grabs. He tried to win that fight man. He stood his ground and those two just started trading punches. He’s fun to watch. I don’t know what it means, where he goes after tonight, but he’s a fun fighter.”

There is no way that Mike Perry will not forever be a controversial figure in MMA. Yet it would appear that Dana White wants to keep him around, at least for now.