“Hey guys quick announcement, I’ve decided to retire from the sport formally known as “Mixed Martial Art” today. I wish all my old colleagues well going forward in the competition. I now join my former partners on this venture, already in retirement. Proper Pina Coladas on me fellas!”

Hey guys quick announcement, I’ve decided to retire from the sport formally known as “Mixed Martial Art” today.
I wish all my old colleagues well going forward in competition.
I now join my former partners on this venture, already in retirement.
Proper Pina Coladas on me fellas!

“He has the money to retire and his (Mcgregor’s) Whiskey is Killin it. It totally makes sense. If I was him I would retire too. He’s (Mcgregor) retiring from fighting. Not from working. The Whiskey will keep him busy, and I’m sure he has other things he’s working on. He has been so fun to watch!!! He has accomplished incredible things in this sport. I am so happy for him and I look forward to seeing him be as successful outside of the Octagon as he was in it.”

Mcgregor last fought back in October at UFC 229 where he suffered a fourth-round submission loss against UFC lightweight champion Khabib Nurmagomedov. Following the conclusion of the event, both UFC star got into a physical altercation, leading to the suspension for both fighters. Khabib is currently sitting on the shelf, serving nine months of suspension and plans to return by the end of this year. Meanwhile, Mcgregor is serving six months of suspension and eligible to return by April.

Last week Irishman revealed he’s in negotiation with the UFC and aiming for July return. He was rumored to fight with Donald Cowboy’ Cerrone this summer; however, the talks of this bout stalled as UFC wanted this bout to co-headline the event. Last week UFC went on to book Cerrone against Al Iaquinta. Irishman also said he’s open to fighting at the co-headline spot if he got a share in the UFC revenues.

This isn’t the first time 30-year old decided to retire. Back in 2016, Mcgregor proclaimed he’s decided to retire young after UFC pulled him off the UFC 200 card following his unwillingness to go on promotional events.

Later both sides sorted out things, and Mcgregor went on to defeat Nate Diaz in a rematch, five months earlier Diaz defeated Irishman at UFC 196 in their first outing back in 2016.

Do you think failed negotiation with the UFC could be a reason Mcgregor is walking away from sports of MMA? 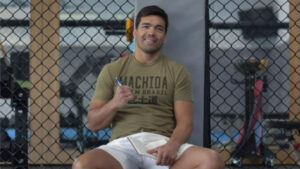 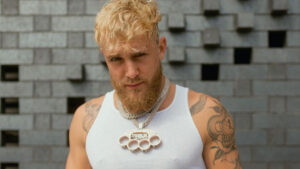