Gibson looks to punch his ticket back into the UFC. ‘The Renegade’ is 6-1 since his UFC departure and looks to make it 4 wins in a row. He most recently defeated John Dodson last October at XMMA 3.

In his campaign for UFC re-entry, Cody Gibson will have to get through Ray Borg. The former UFC title challenger retired after being released by the UFC. However, he would soon un-retire given his financial situation.

He’d bounce back into the win column, picking up a win over Jesse Arnett last June. He looks to make it 2-0 since leaving the UFC.

Cody Gibson starts it off with some inside leg kicks on Ray Borg. Gibson mixes up his combos throwing 1-2’s and more leg kicks. Borg attempts a takedown, pressing Gibson into the cage, however Borg doesn’t get it. Gibson establishes the jab very effectively. Gibson defends another takedown attempt from Borg. He continues to press Borg with his jab.

‘The Renegade’ covers distance well, throwing combos at Borg. Borg throws and Gibson avoids strikes with his elusive head movement. Gibson clinches Borg into the cage, working punches to the body. What a round for Gibson.

Gibson closes the distance and goes for a takedown. Borg denies it, threatening the guillotine. They separate and work on the feet. Gibson picks Borg apart with punches. He looks like a sniper. For a moment, they both ditch their game plans and slug it out. Borg smiles.

Gibson peppers Borg with punches. Borg stuns Gibson for a moment and puts on the pressure. Borg catches him with a spinning back kick. Gibson goes on the offense and attempts a takedown. Borg reverses for his own takedown. Borg secures top position for the last minute. Round ends.

Borg gets the takedown right away. Gibson works his way back to the feet only to have Borg threatening another takedown. He gets it. Borg dominates on top. He looks to get the back of Gibson. Borg doesn’t get it but looks to batter Gibson with punches. Gibson looks fatigued as Borg outworks him. Gibson gets up on his feet and towers of Borg. Borg stuns Gibson with an upkick before the fight ends.

A little showmanship between these two here in round 1! #EagleFC44 pic.twitter.com/FPpylMitST

Now Borg answers with a spinning wheel kick to the head, gets taken down and reverses position!

Fight of the Year in our first US event ever? We'll take it. 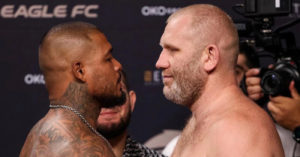 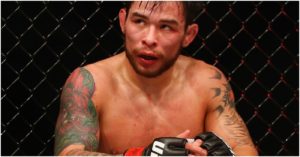 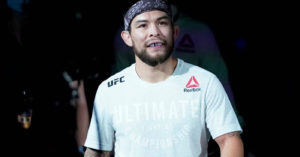 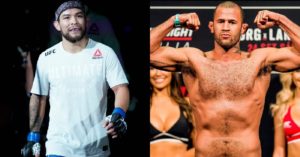 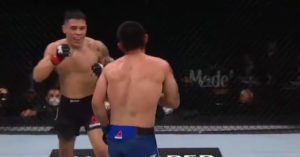 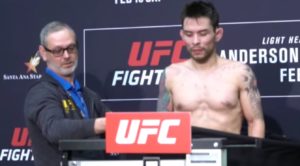