Brett Rogers visited Russia to grab a win in MMA, check out the entire video diary of it

Months before fighting against Fedor Emelianenko in 2009, Brett Rogers claimed that if he defeated Fedor, he would absorb his soul and become ‘God of MMA.’ If that statement holds true, Fabricio Werdum was the reigning ‘MMA God’ until he lost to Alistair Overeem in the Strikeforce Heavyweight GP. At UFC 156 he lost that title when he was KOd by Bigfoot Silva, but then he lost to Cain Velasquez — which of course makes him the undisputed ‘God of MMA.’ It also makes Fedor the reigning WAMMA champion and linear heavyweight (and openweight?) champion.

Brett Rogers still exists, however. In fact, his fight fight of 2013 happened just a few weeks ago in Yuzhno-Sakhalinsk, Russia at the FEFoMP: Mayor cup 2013. He even managed to keep one of those coveted mayor cups, which also doubles as a gigantic bowl to pour Cap N’ Crunch into.

Check out the entire video diary leading up to and after his bout in Russia. There’s even a Din Thomas sighting in there somewhere. 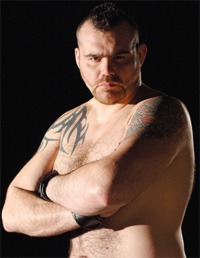 So you want to watch Anderson Silva sing some R&B? Well, OK...
Read Next Post →
Click here to cancel reply.