Despite winning an UFC heavyweight title, pro wrestling belts, and Metamoris grappling matches, this new feat of pop culture awesomeness may be the pinnacle of Josh Barnett’s professional career. And yes we did factor in Barnett’s color commentary exploits for New Japan Pro Wrestling here in the States. With appearance on November’s Deadpool #1 cover, Josh “The Warmaster” Barnett has become the first mixed martial artist to pull off the mainstream comic crossover.

Barnett is not on just any comic he’s on a Marvel Comic and it’s a god damn Deadpool cover!

Of course the Merc with a Mouth, Regenerating Degenerate, Wade T. Wilson would be the first anti-hero to make a marriage between MMA and Marvel Comics happen. Josh Barnett and Deadpool in the same space, in the same time, in the same Marvel Universe? Worlds are colliding and a flaming planet is about to crash into the figurative boat of life but this comic book cover crossover kind of makes it all worthwhile. 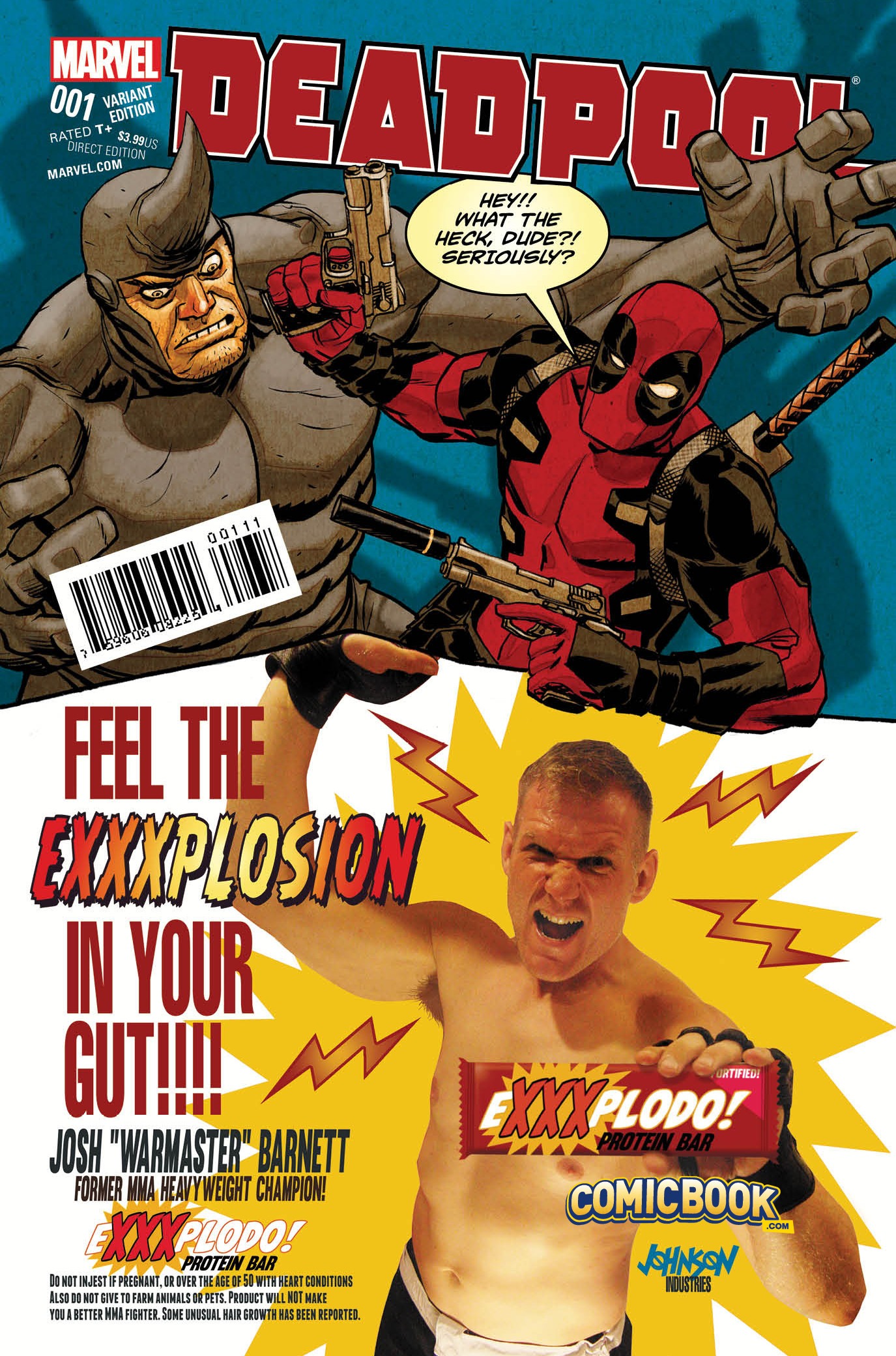 The next sacrifice at the altar of Ronda Rousey is Holly Holm. Does she last one round?
Read Next Post →
Click here to cancel reply.