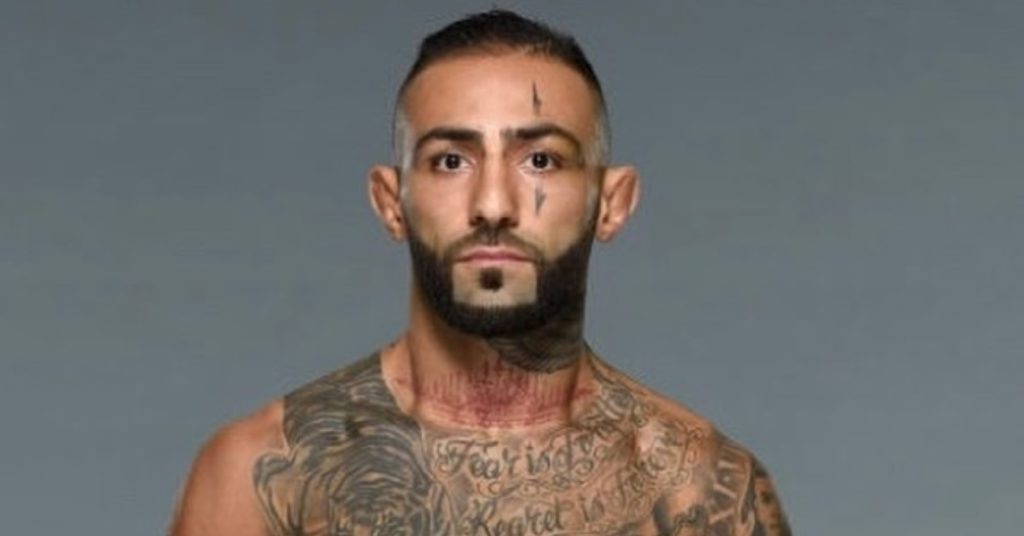 Australian MMA veteran Ashkan Mokhtarian found himself in some legal troubles recently. Now it seems that he will spending some time behind bars, after pleading guilty to drug related charges.

Mokhtarian did not have the  most credentialed career in the UFC, only having two bouts. He was signed to the promotion in 2017, after going 13-1 on regional circuits. Unfortunately he would drop two in a row in the UFC, to John Moraga and Ryan Benoit, before being cut, not fighting since then.

However it seems that Ashkan Mokhtarian has been keeping busy in other ways, and not necessarily with good things. According to reports, the 34 year old was arrested in Sydney, Australia, after supplying cocaine to a woman. A subsequent strip search from police officers revealed that he had seven resealable bags containing cocaine and 13 bags of granule MDMA.

The report goes on to explain that Ashkan was charged with supplying cocaine and MDMA. He has since plead guilty to all the charges. At this time no information on sentencing is available, but it is a decent possibility that he will likely face some time behind bars.

Although it has been nearly three years since Ashkan Mokhtarian has competed in MMA, he is still involved in the sport. He and his brother opened Australian Top Team, which is not affiliated with American Top Team, but is still a training facility for MMA and BJJ. However it seems that it will be some time before he will be able to get back to training anyone.

World Series Champion Carlos Correa Would "Love To Cross Over Into the UFC"
Read Next Post →
Click here to cancel reply.