We are live from Ibirapuera Gymnasium in Sao Paulo, Brazil, where the former four-time UFC Bantamweight champion Renan Barao fights Andre Ewell at the main card of UFC Fight Night 137. Barao has already had 5 pounds more than allowed 135-pound limit and missed the scale. We can expect a great showdown!

Barao tries to attack and goes towards the opponent but strong left hand drops him! The Baron ends up on his back, but scrambles right back up. Barao fights for a throw but ends up in the guard. Great movement from Renan Barao, he moves into the half-guard and lands a knee to the body. Good knees and jackhammer right hands.

Barao continues landing elbows and punches. Arm-triangle chance missed but Barao advances to the mount and Ewell is in a big trouble. Barao tries to switch to an armbar but the attempt is denied by the fence. Renan sweeps and takes Ewell down again. The end of the round, probably victory for Barao.

Ewell going for long-range strikes. Great body kick for Barao and Ewell sends 1-2 combination to his body. Ewell switches strategy and goes for a 1-2 to the body. The combination lands successfully. Again amazing straight left from Ewell, Barao has no solution for this attack at the moment! Good uppercut and left straight return by The Baron.

Hard left by Ewell. Barao shoots in, good single leg attempt. Renan Barao tries a transition to the body lock, bringing his rival down. Short punches attempt by Barao and the round ends. Probably the round for Andre Ewell, pretty much tactical round.

Awesome straight lefts by Ewell. Low kick from Barao, but Ewell simply kills him with long left hand, where is Renan’s defense? Hard 1-2 and Barao is in a problem, is he rocked?

Another left and two more kicks from Andre Ewell. Good body kick from The Baron, and another left by Ewell. Ewell makes a mistake trying to land a knee and receives strong left hook but he isn’t rocked! Good straight right from Ewell. Barao needs to press him hard now, two minutes left.

Good left hand from Ewell. Barao goes for a body kick but Ewell grabs his leg. Barao misses with a wheel kick, it was too slow. Ewell delivers a hit after the bell, the fight is over! 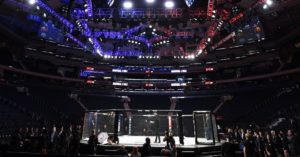 UFC Cancels Next Four Events, Including May 9th Show 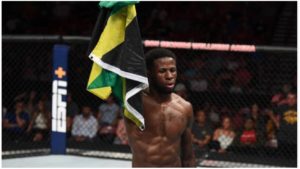 Randy Brown Calls Out Michael Chiesa: “Me and Him Could Throw Down” 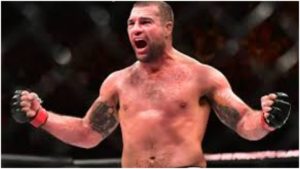 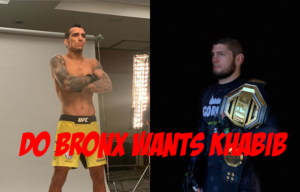 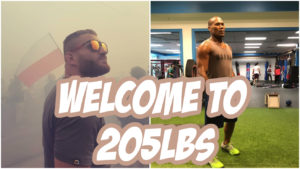 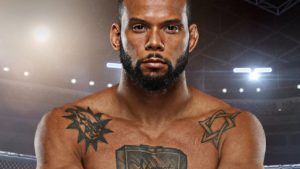