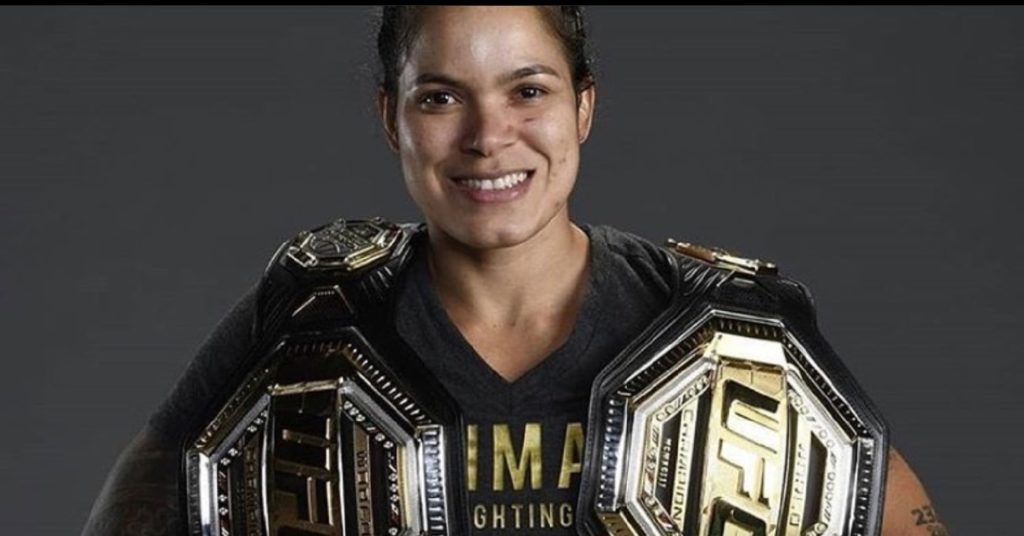 The fourth installment in the EA UFC video game franchise is set to drop later this month. Ahead of it’s release, the best fighters in the game were announced, and Amanda Nunes was place atop the list.

The last few years have seen Nunes rise to the occasion, and assert herself as the greatest female fighter of all time. She has dispatched every single champion the UFC has ever had across the bantamweight and featherweight divisions, as well as one of the two flyweight champions. Not only that, but she has done so with virtually no issue, dominating almost everyone.

The folks at EA Sports have certainly taken notice of the incredible skills of Amanda Nunes. Ahead of the release UFC 4, they have been slowly revealing the top 50 fighters in the game, in terms of skill attributes. Shockingly beating out the likes of Jon Jones and Khabib Nurmagomedov, Amanda ranks number one on the list of fighters in the game.

This is certainly an incredible accomplishment, whether you agree with the decision or not. Nunes will be the first woman to be the highest rated fighter in the video game series. These are the full list of fighters that she beat out:

What do you think of these ratings? Do you agree with Amanda Nunes being ranked number one?

Khabib Nurmagomedov Not Training At AKA For UFC 254 Due To Fear Of COVID-19
Read Next Post →
Click here to cancel reply.