UFC Middleweight Champion Israel Adesanya wants the UFC to deduct 90% of a fighter's purse if they miss weight, in order to prevent it from happening. 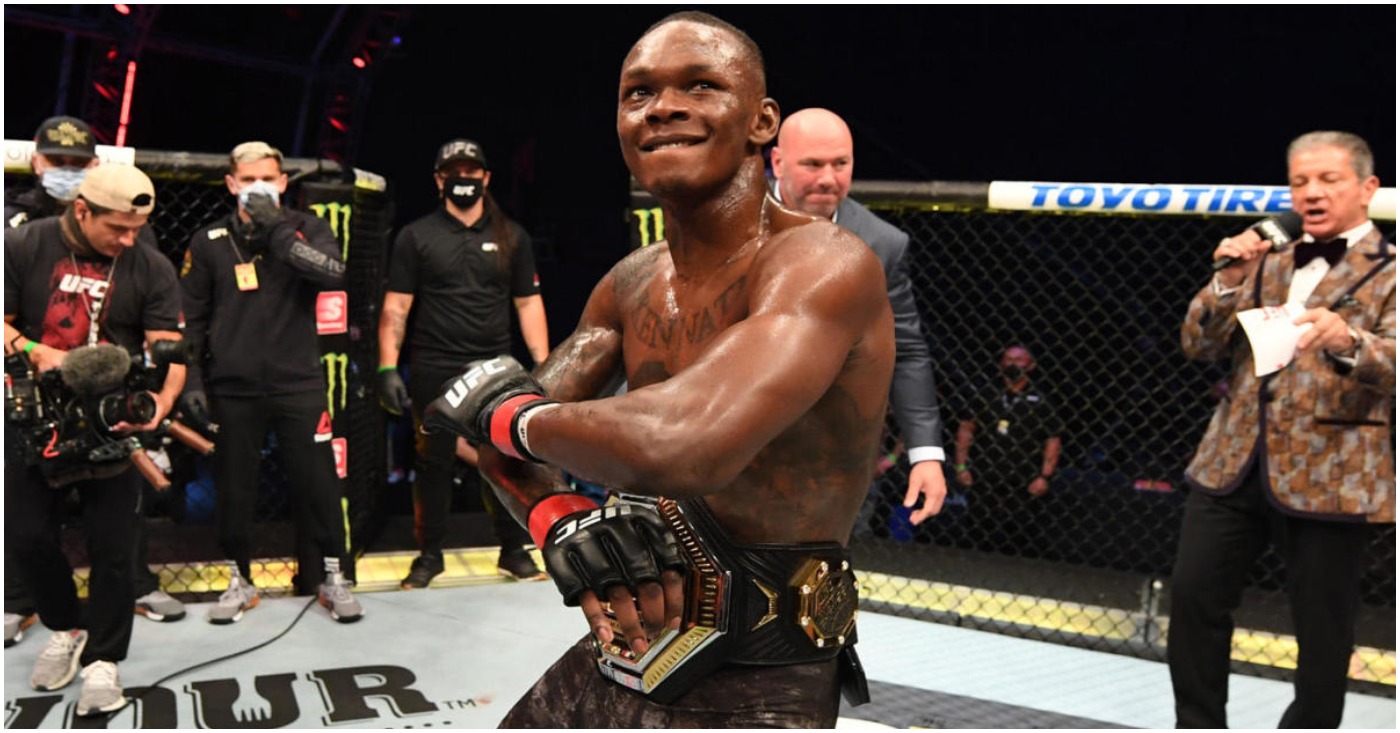 Israel Adesanya made a statement last night at UFC 253 and it wasn’t just inside of the octagon. After thoroughly dismantling “The Eraser” Paulo Costa by TKO in the second round of their main event, Adesanya had a message for the UFC. Currently, when a fighter misses weight, their opponent obtains 30% of their purse. However, Adesanya is calling for a 90% fine for missing weight. This way, they further penalize the grave offense which, in his mind, is currently haphazardly chastened.

Adesanya (20-0) annihilated Costa (13-1) in the second round via TKO. And, with virtually no resistance met from Paulo. Adesanya then went on to address his haters and call out Jared Canonnier as his future opponent. They didn’t shake hands at the beginning of the fight due to their antics. However, the pair no longer can have a rivalry as Adesanya made Costa look like an amateur.

After the fight, Adesanya spoke to Dana White inside of the octagon. While the audio was inaudible to the viewing audience, Israel addressed what he said to Dana in his post-fight interview. Both Zubaira Tukhugov and Ludovit Klein missed weight for their fights. For Adesanya, the punishment isn’t hard enough for the offense.

“Also, I told Dana, 30% is not enough,” said Adesanya. “Some of these guys are gangsters. They’re making outside the UFC. 30% ain’t s**t to them. So they’ll give up that to not make the weight and have 90 minutes to keep on making the weight. 30% isn’t enough, make it 90%. That way, I guarantee you, they’ll spend every second of those 90 minutes trying to make the weight.”

While Adesanya is right that the punishment for missing weight should be harsher, a 90% fine more than likely will not happen. Especially due to the number of short notice fights, ailments, and unpredictable sicknesses that could happen during the preparation for a fight.

Hopefully, the UFC will at least consider changing their current views on missing weight. Until then, the 30% purse deduction will have to serve as enough.