Backed into a corner with just seconds to go in the first round, ‘The Bronze Bombert’ landed a short right hook on Helenius that immediately sent him crashing to the canvas in a scary-looking finish at Saturday’s event. After back-t0-back losses to heavyweight great Tyson Fury, it was cause for celebration. Still, Deontay Wilder’s tone shifted as the former WBC heavyweight champion shared his concern for Helenius and spoke about the risk that professional boxers take every time they step into the squared circle.

Deontay Wilder hits so hard that like half a punch sends you to the Kingdom of Dream. pic.twitter.com/YFTLgJoCRz

“I always have concern for all fighters,” Wilder said. “I’m a big advocate for fighters because like I always say, we get done wrong. A sport is something you play. You don’t play this. We risk our lives for you guys’ entertainment and I speak that forever. When you have a relationship with a man, when you love a man, and you build a friendship with another man, although he’s thousands of miles away from where I am, when you see things like that, you want to come to their aid. I wanted to come to his aid but they wouldn’t let me and I understood, because he needed space.

“But my heart goes out to him and I hope he’s doing OK and he can be able to go back to his family, because this is a tough business that we’re in. This is why I tell people, you’ve got to respect all fighters. People always go about worrying about records and all this, ‘He lost, he’s a bum,’ and all that. You get your bum ass in there then and let’s see who’s the bum, really. Because you don’t play this. You can’t play this.

“We demand respect at all times, every fighter that steps in the ring. I don’t care what the record is, I don’t care who they are or where they come from, it demands respect, because if not, then you see things like that happen. And then, ‘Oh, it’s a great knockout,’ Yeah, it’s a great knockout, it’s devastating, making history and stuff like that, but how much is that man going to suffer? He may be alright right now, a little bit, but what about the next day? What about two weeks from now? What about a month from now? Maybe years from now.” Via MMA Fighting

Helenius replied: "Don't be sorry. This is your time, I'm out, I've been doing this for 25 years. Thanks for the opportunity." pic.twitter.com/tBiH9C3So2

During his tearful speech following his win over Helenius, Deontay Wilder spoke about the tragic case of former boxer Prichard Colon who suffered permanent brain damage following a contest with Terrel Williams in 2015.

“We’ve seen what happened,” Wilder said. “Look at [Colon.] This man ain’t have no kids—They don’t understand, y’all don’t f*cking understand what we go through. I don’t even know him like that, but I’ll always be an advocate for us because this man will never know what it feels like to be somebody’s father. That’s one of the most precious things in the world, to be somebody’s father, but he’ll never be nobody’s father. This man will never have a natural ability of living again because he got in the ring to support his family.

“Now his family has to take care of him for the rest of his life. He probably would have been the breadwinner of his family and now they’re seeking help and s*** like that. I could say so much about it. That’s why you can’t play this. This is serious.”

On October 17, 2015, Prichard Colon entered what would be the final bout of his career with a 16-0 record. Making it to the 9th round, Colon was knocked down for the first time in his career. Stating that he felt dizzy, Colon insisted he could continue. Finishing the round, Colon was disqualified when his corner removed his gloves, believing it was the end of the fight. After the fight was called, Colon was rushed to the hospital where he was diagnosed with brain bleeding. He remained in a coma for 221 days. Since waking from the coma in April 2017, Colon has remained in a vegetative state.

His victory on Saturday moved Deontay Wilder to 43-2-1 in his professional career with an incredible 42 wins by way of knockout. 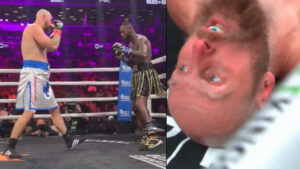 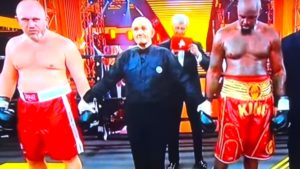 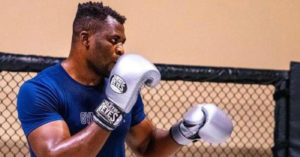 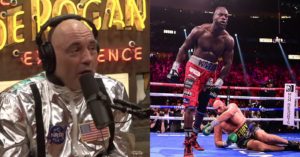 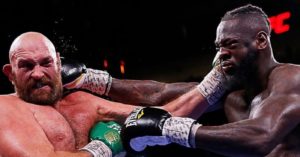 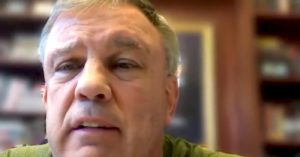